Are you going to a police interview?

A Police interview is the start of the prosecution process against you and it is incredibly important that you understand what you need to do.

Doogue + George is a team of skilled criminal defence lawyers who are experienced in dealing with the police. If you are at all concerned about your interview with the police, call  03 9670 5111 to chat with a lawyer.

There are a number of guidelines that we recommend you read before attending a police station, please read further.

In a police interview, DO

In a police interview, DON’T

* If you are under 18 years of age, you must have an adult you trust present.

What is the purpose of a Police Interview?

The aim of a Police interview is to obtain admissible evidence with which to prosecute you.


People who have never been in trouble before tend to misunderstand a Police interview.

They believe that going in there and telling the truth as they remember it will fix the matter. Unfortunately that is not true. The Police will often know that you are going to deny the charges before they interview you. The reason they are interviewing you is to tie you into a position. They are often trying to get you to commit to something that is wrong so they can later claim that you are a liar. (for example “who was there?” – if you leave someone out they would prove they were there and use that fact against you).

You should also remember that the Police are experienced questioners. They regularly cross-examine and question people in police interviews.

Why does a police interview happen?

A Police interview happens because they have identified you as a suspect. A person who is not a suspect might be invited in to the Police Station to make a statement.

The difference between the two is that you must to attend an interview but you do not have to agree to make a statement.


How do police interviews happen?

It is important you turn up at the time that has been agreed. Do not annoy the Police by trying to change the time.

If the charges are at all serious, you should be scheduling the interview for as early in the day as possible and avoid Fridays. The reason for this is that if the Police have interviewed you and refused bail at the end, if it is early enough, you can get before a Court and may be granted bail. If you are interviewed on a Friday and the Police refused bail, you may have to stay there all weekend.


How does a police interview start?

An interview starts with the police asking you questions about whether you understand your rights.

They will ask you if you want to contact a lawyer and if you do not know one, they will give you a yellow pages directory to look through (which is generally unhelpful). So, make sure you have your criminal lawyer’s number in your pocket.

It is always wise to discuss the interview with your lawyer prior to attending, because the decision about whether to talk or do a “no comment” interview is a very important one with lots of considerations.

Often, it pays to ring your lawyer when the police gives you the option to as your lawyer can have a discussion with the police. This is often useful in getting a gauge of what charges might be pending and whether you will be bailed. If they are not going to bail you, then it helps to arrange to have a lawyer at Court to arrange the bail application.


What happens during the Police interview?

The police will ask you a series of questions about what happened. Usually, once you have given your version, they will put the other version of events to you and ask you to comment.

This is where interviews often go wrong as the interviewee is annoyed and says things that they later come to regret.


Who will be in the police interview?


Do I need a lawyer with me in a police interview?

Like many things it depends on the circumstances. If you are attending an interview on a fairly straight forward matter and doing a “no comment” interview, then it is a purely economic decision and your choice. We would not advise you to take a lawyer to something like that as it would be a waste of money.


Can I have a family member with me in the interview?

If you are not a child, the Police do not have to let anyone else into the interview (other than your lawyer).

We advise that you have some of your family members (if they are in no way involved) to go with you to the Police Station and wait for you to be interviewed.

A “no comment” interview is one in which the accused tells their name and address details and then says “no comment” to every question after that. 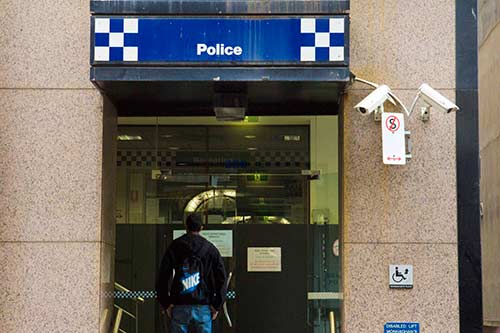 You would do a “no comment” interview because you do not want the police to use your own words against you. The right against self-incrimination is one of the most fundamental rights we have.

The police have enormous resources and enormous powers and if they can prove you did something, then the burden of proof lies with them. However, a citizen should not be forced to get themselves in trouble or trip themselves up by answering questions. Often, simply erring by giving an incorrect date, having a speech impediment or sounding untrustworthy (when they are not) is enough for the police to use against someone in Court.


What is the consequence of a “no comment” interview?

The fact that there has been a “no comment” interview means that it cannot lead to evidence. It does not imply guilt and is generally completely neutral.


Can I give a statement at a later time?

The fact that there has been a “no comment” interview means that it cannot lead to evidence. It does not imply guilt and is generally completely neutral.


How long does the police interview go for?

An interview can go for a number of hours. If it is a “no comment” interview it will be much shorter and is often over within 10 – 20 minutes. The police will often leave you waiting for a long time prior to interviewing you. This is just a standard technique to try to make you more stressed. It is our advice that you take a good book with you so that you can spend the time productively.


How do they record interviews?

An interview is recorded on DVD. So, it is wise to do obvious things such as shave and dress appropriately prior to being interviewed. The interview is an important step in the process and one that might be viewed by a number of people.


Advice on behaviour at the police station

It should go without saying that your behaviour is polite and respectful towards the Police when being interviewed. Mostly, they are just doing their job and will respond in kind to people who are rude to them.


What should I do if the police say they will not give me bail unless I plead guilty to the offence?

Think about their motivation. They obviously need you to give a statement to make the case against you stronger. You might get some short term benefit but in the long term it will hurt you. Do not plead guilty to things you have not done. Make sure that you confirm what they said on the recorded interview. ie say – I am only pleading guilty because you said I would not get bail otherwise. You can then bet they will deny saying it to you as they are not allowed to pressure you in that way to get a statement from you.


What happens after the interview?

You will be fingerprinted and possibly be asked whether you will supply DNA. They will then take you to the watchhouse if you are being bailed and a different officer will ask you some questions about whether you have a complaint to make. They will then release you.

You should call us immediately after your interview. There is a lot that can be done straight away.

Further reading on dealing with police: