On 1 July 2020, laws come into effect in Victoria creating the new criminal offence of workplace manslaughter. For the first time, Victorian employers can  be held criminally liable where it is demonstrated that their negligent conduct caused or significantly contributed to a workplace death.

Through amendments to the Occupational Health and Safety Act 2004 (Vic) (OHS Act) by the Workplace Safety Legislation Amendment (Workplace Manslaughter and Other Matters) Act 2019 (Vic), the new offence of workplace manslaughter has the stated aim to: 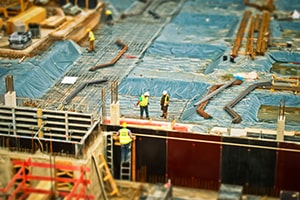 Who can be charged?

Employers’ duties are extensive and set out in detail in the OHS Act. As in commonly understood, duties include for example that:

The new offence of workplace manslaughter applies to organisations and officers (individuals) who hold the existing duties under the OHS Act. The laws do not apply to an employee or volunteer of an organisation.

An officer is an individual who holds a position of power and/or authority in an organisation, including a director or secretary of a corporation, a partner in a partnership, and an office holder of an unincorporated association. Section 9 of the Corporations Act (Clth) 2001 defines an ‘officer’ to include a person:

To prove the offence of workplace manslaughter, the employer’s alleged act or omission must be negligent.

Section 39E of the OHS Act defines negligent conduct as a great falling short of the standard of care that would have been taken by a reasonable person in the circumstances in which the conduct was engaged in, involving a high risk of death, serious injury or serious illness.

It must also be proved that the alleged negligent act or omission by the employer caused the death.

The test for whether the employer’s negligence caused the death will be the existing common law test for causation; that an ordinary person would view it as the cause of death as a matter of common sense.

This means that it must be proved that the employer’s negligent act or omission:

The charge of workplace manslaughter will apply to offences committed in Victoria from 1 July 2020. The laws are not retrospective. There is no statutory limitation period for the commencement of a prosecution.

It is an indictable offence and cannot be determined summarily.

Suspected offences will be investigated by WorkSafe Victoria’s new Fatalities Investigations team using existing powers under the OHS Act. It is anticipated that WorkSafe will maintain the initial conduct of a matter until trial stage, when the Office of Public Prosecutions will take carriage of a prosecution.

With the new law in force and significant penalties applying on conviction, if it was not already, the incentive must now be even greater for employers to create and maintain a safe working environment.

In order to both encourage and enforce a culture of physical and mental safety in the workplace, the new laws introduce significant penalties for breaching existing duties under the OHS Act.

< Back to WorkSafe Offences