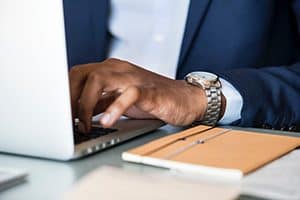 This charge is generally laid in situations where a person accesses or modifies restricted data held on a computer without authorisation.

Examples of Unauthorised Access to or Modification of Restricted Data

What are some of the possible defences to Unauthorised Access to or Modification of Restricted Data?

You should call us to speak with one of our experienced lawyers if you have been charged. Deciding on whether to plead guilty or not has implications for you and should be made after proper discussions with a criminal lawyer.

If a person is convicted, the court may impose a maximum sentence of 2 years imprisonment. This charge is a summary offence and is only dealt with in the Magistrates’ Court.

What is the legal definition of Unauthorised Access to or Modification of Restricted Data?

Section 274G(3) of the Crimes Act defines “restricted data” as data held in a computer to which access is restricted by an access control system associated with a function of the computer.

The legislation for this offence can be found on section 247G of Crimes Act 1958.

To be found guilty of this offence, the Prosecution must prove the following elements beyond reasonable doubt:

“Can the Police prove that you accessed restricted data stored in a computer?”