Supply Liquor in Breach of Licence

Supply Liquor in Breach of Licence is found in section 108(1)(A) of the Liquor Control Reform Act 1998 in Victoria. It is a criminal offence to supply alcohol outside the parameters of a liquor licence.

Have you been accused of Supply Liquor in Breach of Licence? 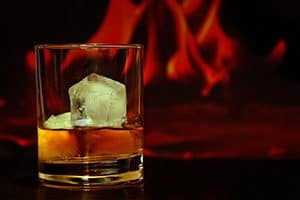 Before you speak with an investigator, we recommend that you obtain legal advice from one of our lawyers. The interview is not the time or place for you to explain your side of the story and hope the allegation will go away. Everything you tell the investigator can be used to prove this charge against you.

If you have been charged with Supply Liquor in Breach of License, speak with one of our experienced lawyers as soon as possible. One of our lawyers will look at the brief of evidence and advise you on your prospects of successfully defending the charge. We are proactive in our approach to representing people and want to make sure your interests are protected.

If you decide to plead guilty to a charge of Supply Liquor in Breach of Licence, we will work to resolve the case on the most favourable basis possible. This might involve engaging in negotiations with the prosecution about the details of the charge. We will be by your side to walk you through this process and ensure you engage in all the mitigating processes to support presenting your personal history to the Court. 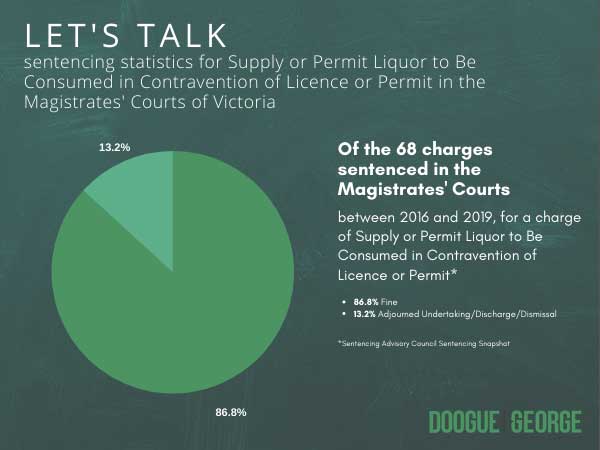 Any summons for this charge will generally be handled by the Magistrates’ Court.

What is the legal definition of Supply Liquor in Breach of Licence?

A licensee or permittee must not, except in accordance with the licence or BYO permit and this Act – (i) supply liquor; or (ii) permit or cause liquor to be supplied; or (iii) permit liquor to be consumed – on the licensed premises or on any authorised premises.

Examples of Supply Liquor in Breach of Licence

To Prosecution must prove the following beyond reasonable doubt:

As with most cases the criminal defences that are used in response to this charge include factual dispute, the concept of beyond reasonable doubt amongst others. The defence will depend on the factual circumstance of the case.

Often matters resolve as a plea of guilty to charges and then the process is one of making sure the Court understand the circumstances in which the offending occurred and impose the least penalty they can. How the plea process works and the result often impacts on further issues in relation to licensing.

Whether you should contest or plead guilty to this charge depends on a lot of factors that can best be assessed by a criminal lawyer. Contact one to discuss your case.

The offence of (s108(1)(a) of the Liquor Control Reform Act 1998) carries a fine of 240 penalty units or two years imprisonment as the highest possible sentence. As a summary offence.