Solicit for Prostitution in Public Place

Solicit for Prostitution in Public Place is found in section 12(2)(B) of the Sex Work Act 1994 in Victoria. It is a criminal offence that exists to protect the safety of sex workers and those in the community, especially that areas of high public prostitution generally experience an increase in drug culture, littering, and trespassing. The offence is committed by a person who invites or encourages a sex worker to engage in sexual behaviour in exchange for financial benefit.

Have you been accused of Solicit for Prostitution in Public Place? 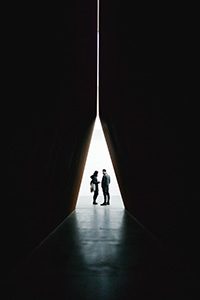 The investigating officers will likely have already gathered a significant amount of evidence prior to interview for the offence of Deliberately Omitting Information. It is important to seek expert legal advice prior to the interview so that you can discuss with a lawyer how to navigate the interview process, what type of questions to expect and how to manage questions when investigating officers ask them.

It is also important to get on the “front foot” to defend these sorts of matters and retrieve documents which may assist you in court later on.

The offence of Deliberately Omitting Information carries significant financial penalties. You should contact us to obtain legal advice prior to the interview.

Our lawyers have extensive experience defending white collar crime cases. Prior to deciding whether or not to contest a charge of Deliberately Omitting Information, you should seek advice from one of our lawyers. Cases of this nature will typically involve reviewing a large amount of evidence which should be considered by an expert prior to you deciding how you will proceed with your case.

If you decide to plead guilty, you should engage one of our lawyers to prepare the plea to ensure you get the best possible result. Preparing the plea will involve considering how to explain the offending to the Court, gathering character evidence, referring you to offence-specific courses where relevant and preparing plea submissions.

Pleading guilty to the offence of Deliberately Omitting Information can result in significant financial penalties. Engaging a lawyer for your plea will help reduce the quantum of any penalty imposed.

What is the legal definition of Solicit for Prostitution in Public Place?

A person must not invite a person to offer sex work services to themselves or others in a public place.

Examples of Solicit for Prostitution in Public Place

Criminal defences that may be available, amongst others to this charge include honest and reasonable mistake or belief, concept of beyond reasonable doubt, incorrect factual matrix, and absence of the required intent.

Deciding on whether to enter a plea of guilty or not guilty to this charge is a crucial matter that you must consult with a criminal solicitor. Given the potential penalties, it is worth dealing with this sort of charge very carefully.