Sabotage is found in section 247K of the Crimes Act 1958. It is a criminal offence that is committed by a person who was found to have damaged a public facility by committing a property offence or by causing an unauthorised computer function. In doing so, the person must have had the intent to cause major disruption to government functions, cause major economic loss, or disrupt the use of public services.

Have you been accused of Sabotage? 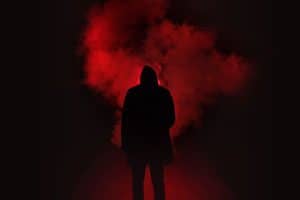 Sabotage is a serious crime. So, it is important that you receive legal advice before speaking with Police. One of our experienced lawyers can guide you through questions such as:

If the Police want to speak with you about an allegation of Sabotage, speak with one of our experienced lawyers first. If you speak with police without having received legal advice, you may place yourself at a disadvantage.

We know that not every allegation is true just because the police say it is. We are dedicated defence lawyers who vigorously defend our clients in Court who contest their charges. If you decide to plead not guilty to Sabotage, we can work on your side to protect your interests and guide you through the complex court system.

We carefully check the brief of evidence and look for weakness in evidence against you. We can conduct our own investigation to best fight your case. Our firm has in-house counsel who routinely appear at contested hearings and trials.

If you decide to plead guilty to a charge of Sabotage, we will work to resolve the case on the most favourable basis possible. This might involve engaging in negotiations with the prosecution about the details of the charge. We will be by your side to walk you through this process and ensure you engage in all the mitigating processes to support presenting your personal history to the Court.

This is a very serious criminal offence that is heard before a Judge in the County Court.

What is the legal definition of Sabotage?

is guilty of an offence and liable to level 2 imprisonment (25 years maximum).

The legislation for this offence can be found on section 247K of Crimes Act 1958.

To establish this offence, the Prosecution must prove beyond reasonable doubt that the accused damaged a public facility by committing a property offence or by causing an unauthorised computer function. The accused must have had the intent of causing major disruption to government functions or to the use of services by the public, or of causing major economic loss.

Defences to this could primarily be lack of intent or a factual dispute as to the damage caused by the accused to a public facility. Like other criminal charges, other defences may be found appropriate depending on the circumstances of the case.