In Victoria, Resisting Arrest is found in section 51(2) of the Summary Offences Act 1966. It is a criminal offence that is committed by a person who resisted arrest by assaulting, resisting, obstructing, hindering, or delaying a member of the police in the execution of their duty. It also applies to a person who incited another person to do any of the conduct mentioned above. 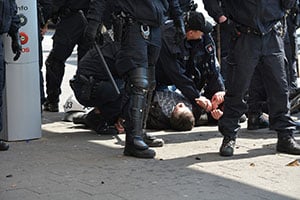 Have you been accused of Resisting Arrest? If yes, contact our office immediately to make a time to speak with one of our experienced criminal defence lawyers who have enormous experience in representing people charged with Resisting Arrest.

Often there is a misunderstanding which leads to someone being accused of Resisting Arrest. This charge is often open to interpretation based on the facts and it will help you to have legal advice.

The main purpose of interviewing people from Police perspective is to either get admissions from you or to get information which will assist their investigation. The Police interview is not the place for you to explain your side of what happened with the hope that Police will realise they have made a mistake in accusing you of Resisting Arrest. Especially in a charge such as this where the Police officer interviewing you is not going to be sympathetic to any explanation you offer.

Our lawyers can give you advice on how to best handle the Police interview to protect your rights and make sure you do not harm your defence.

We are a firm of criminal defence lawyers who specialise in representing people accused of Resisting Police. Speak with one of our lawyers about your prospects of successfully defending a charge of Resisting Police. Our lawyers are proactive in their approach and will ask the Police for body worn camera footage, CCTV footage, if there are witnesses who Police have not spoken to or obtained a statement from.

It is key to get in early and speak with one of our lawyers, because it is good to get hold of any evidence Police have overlooked early before it is lost or over-written.

This charge has a very specific legal definition and it is important to get hold of all evidence and disclosure material from the Police. Sometimes the Police have not correctly placed you under arrest and there could be a legal defence available to you. This should be explored soon after you have been charged.

Our lawyers are experienced in representing people who plead guilty to Resisting Arrest. We take the time to explain the implications of pleading guilty, the possible outcomes and what material should be gathered to get the best possible outcome for our clients.

Our lawyers have achieved great outcomes for people who pleaded guilty to Resisting Arrest. Many of our clients have ended up with diversions or no conviction being recorded against them. 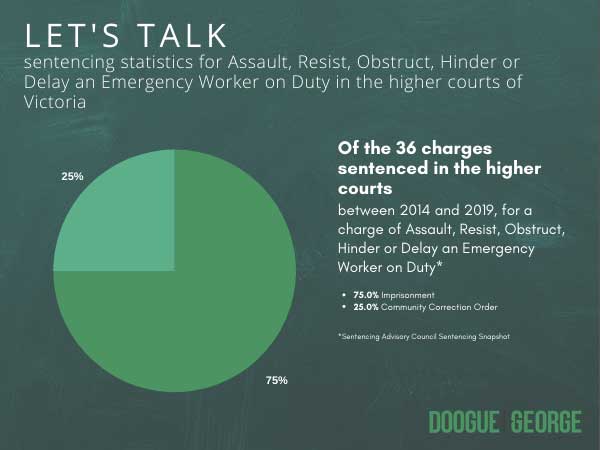 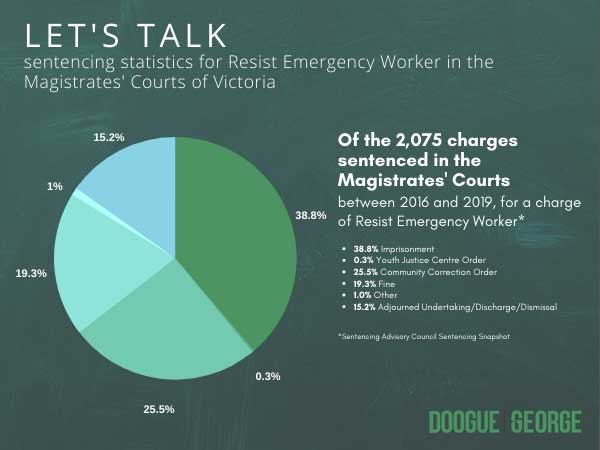 The offence of resisting arrest is the sort of offence which is heard in the Magistrates’ Court.

What is the legal definition of Resisting Arrest?

Hinder
Hindering Police has been defined by the Courts as ‘any act of interference or obstruction which makes the duty of the Police officer substantially more difficult of performance’.2

The legislation for this offence can be found on section 51(2) of Summary Offences Act 1966.

To prove this charge the Prosecution must show that the accused:


“Was the arrest lawful?”

A person charged with hindering Police may rely on one of the following defences:

You should call us to discuss your case if you have been charged. Deciding on whether to plead guilty or not has important implications for you and should be made after proper discussions with a criminal lawyer.

A person found guilty of Resisting Arrest (s51(2) of the Summary Offences Act 1966) may be sentenced to a maximum penalty of 60 penalty units (fine) or imprisonment for 6 months.