In Victoria, the offence of Reckless Conduct Endangering Life is in section 22 of the Crimes Act 1958 Vic and is dangerous conduct which places others at risk of death.

Has the Police accused you of Reckless Conduct Endangering Life? Call our firm to make a time to speak with one of our experienced lawyers to receive confidential legal advice. 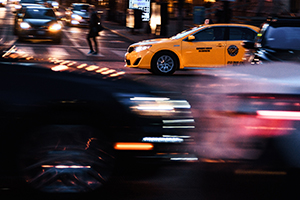 Our criminal lawyers have helped many people charged with Reckless Conduct Endangering Life.

Anything you tell the Police during an interview can be used against you. Therefore, it is important that you receive legal advice before speaking with Police. We can advise you about what should be said during a Police interview. You may want to know – should I make a statement to Police? Should I attend a Police interview? Will the Police leave me alone if I explain my side of the story? Will I be remanded?

If the Police want to speak with you about an allegation of Reckless Conduct Endangering Life, speak with one of our experienced lawyers first. This will protect you from saying something which prevents you from running a defence in Court.

We can help you by creating a case strategy for you. We have in-house counsel who run our trials who can get involved from the beginning if you are accused of Reckless Conduct Endangering Life. The advantage of this is that you have two lawyers working on your case.

In a case like this, our lawyers will ask the Police – Is there relevant CCTV footage? Are there people who the Police have not spoken to who can shed some light on this case? Is there exonerating evidence which needs to be preserved?

The answer to these questions can lead to a charge of Reckless Conduct Endangering Life being withdrawn before the hearing or an acquittal.

Preparing a defence strategy early with in-house cousnel will increase the chances of this charge being withdrawn or leading to an acquittal.

If you are pleading guilty to Reckless Conduct Endangering Life, we can also advise you how to prepare your plea to get the possible outcome in Court. We will help you to arrange reports and documents that will help avoid a lengthy gaol sentence. Call us and discuss how to get the best result.
Which court will the case be heard in?

More often than not there are related accompanying charges on a brief of reckless conduct endangering life depending on the circumstances of the incident the police allege. The seriousness of the offending will determine which jurisdiction will hear the case. It is however the type of offence that is generally heard in the Magistrates’ Court.
Meaning of Reckless Conduct Endangering Life

When we speak of placing a person in danger of death, it must be a real risk – this means more than a remote or mere possibility, even if the risk may not materialise.

In terms of recklessness, the threshold to establish recklessness is quite high in the sense that the accused will not have acted recklessly simply because he or she ought to have known, or thought it was possible, that their conduct would create an appreciable risk of death.3

Finally, the prosecution must disprove any defences that are raised on the evidence.

Often the defence to this charge can be that there is a factual dispute as to what level of danger were the people placed in by the conduct.

Aside from general defences which may apply such as mistaken identity, the offence of reckless conduct endangering life can raise complex legal issues in relation to the intention of the accused. Lack of intent can be a defence to this charge if the Prosecution does not provide adequate evidence that the accused had the requisite intention at the time to constitute their state of mind as “reckless” – possible versus probable divide.

Other defences such as factual dispute, duress, wrongful identification, self-defence, mental impairment, honest and reasonable mistake or belief, and necessity may also apply.

Maximum penalty for section 22 of the Crimes Act 1958

Reckless conduct endangering life (s22 of the Crimes Act 1958) is an indictable offence that carries a significant penalty. The offence carries a 10 year term of imprisonment as the highest possible sentence.

A total of 53 cases (146 charges) of Reckless Conduct Endangering Life were heard in Victorian higher courts between 1 July 2011 and 30 June 2016. The majority of these cases (76.7%) resulted in imprisonment. Other sentences imposed included:

Please note that suspended sentences were abolished in the Magistrates’ Court for all offences committed on or after 1 September 2014.9

Check out some of the criminal cases we’ve defended in court involving the charge of Reckless Conduct Endangering Life: