Causing a nuisance is a broad offence that can cover a wide range of behaviour. It is found in s 61 of the Public Health and Wellbeing Act 2008. To meet the definition of a ‘nuisance’ the prosecution need to show that you have endangered the life, health, property, morals or comfort of the public or interfered with the public’s exercise or enjoyment of public rights. Behaviour that can be defined as a nuisance does not need to be illegal. For example, you might be on your own property yelling and that may lead to this charge. If charged and convicted of this offence, the maximum penalty you can receive is a fine. Given the broad nature of this offence, it is important to speak to a lawyer who can work through your case and determine if the evidence meets the legal definition of the charge. We deal with these types of summary crimes daily and can assist you if you have been charged with this offence. 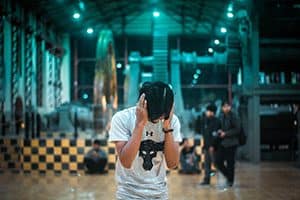 Police may want to interview you in relation to this charge. This might include a ‘field’ interview where police attend where the nuisance is alleged to have occurred and interview you on the spot. Being interviewed by police is a stressful experience for many people and it is important to try to keep a clear head and seek legal advice where possible. Where possible you should speak to a lawyer prior to the interview. We can assist you with a police interview if you have been charged with public nuisance.

This is a broad offence and you may think that you have been wrongly charged. If you are intending to plead not guilty to this charge we can help you work through your case, analyse the evidence and develop a case strategy for you. This will involve speaking to the prosecution and potentially taking the case to a contest hearing. We appear in these types of matters regularly and have a range of expert lawyers who can help you.

If you think the evidence against you is overwhelming you may decide the best course of action is to plead guilty. We can help you with your plea. We regularly appear in magistrate court pleas and will be able to help you compile the appropriate material and make submissions on your behalf.

The offence of a Public Nuisance will likely be heard in the Magistrates’ Court or the County Court depending on the circumstances surrounding the allegations.

What is the legal definition of Public Nuisance?

“Have you been accused of being a nuisance?”

In essence to prove this charge the Police must show that the accused did an act which was not authorised by law or failed to discharge a legal duty and that the act or failure to discharge either endangered the life, health, property, morals or comfort of the public, or obstructed the public in the exercise of their legal rights. Furthermore that the complainant was not in a position to help curtail the nuisance.

Defences to this could be duress, a factual dispute, honest and reasonable mistake of belief, wrongful identification, lack of intent, mental impairment or necessity.