A person may be charged with providing false or misleading information under section 84BI of the Road Safety Act 1986 if they provide a false or misleading statement to Police as to the identity of a person responsible for an offence committed in a motor vehicle registered to them. 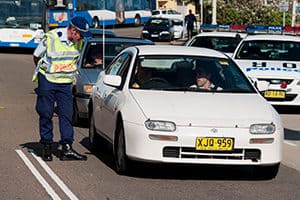 Which court will the case be heard in?
The offence of providing false or misleading information is heard in the Magistrates’ Court.
Meaning of Offence to Provide False or Misleading Information

What is the legal definition of the Offence to Provide False or Misleading Information?

Examples of the Offence to Provide False or Misleading Information

As with all criminal offences, the burden is on the Prosecution to prove the following elements beyond a reasonable doubt to make out this offence:


“Can the Prosecution prove your statement was false or misleading?”

Defences
If you are charged with an offence under section 84BI of the Road Safety Act 1986, the following defences may be available to you:

If you have been charged with this offence, you should call us to speak about your case with one of our experienced lawyers. Deciding on whether to plead guilty or not has important implications for you and should be made after proper discussions with a criminal lawyer.
Maximum penalty for section 84BI of the Road Safety Act 1986

From 1 July 2013 to 30 June 2016, a total of 19 cases (43 charges) of the Offence to Provide False or Misleading Information have been heard at the Magistrates’ Courts of Victoria. Most of these cases resulted in financial penalties (57.9%) but there were also other sentencing options imposed: