Prohibited person possessing firearms can be a serious charge depending on the circumstances of the offence. This charge is laid where a person has been declared to be a prohibited person and they are found with a gun.

A person most commonly becomes a prohibited person where they are convicted of firearms offences or a breach of a family violence/intervention order. The police may apply for a person to be prohibited from possessing firearms at all. This leads to much higher penalties if they are then found with a firearm. If the firearm is unregistered the offence again becomes much more serious. 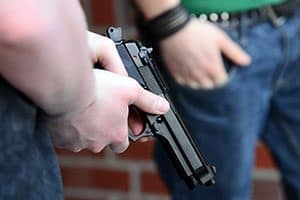 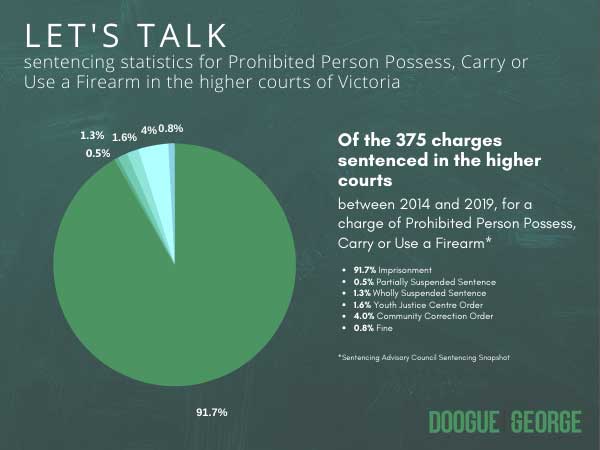 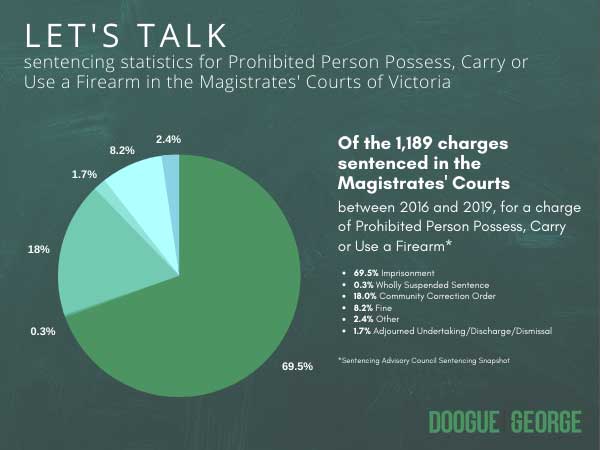 Any related case is likely to end up in the County Court.

What is the legal definition of Prohibited Person Possessing Firearms?

A prohibited person must not possess, carry or use a firearm.

The legislation for this offence can be found in section 5 of Firearms Act 1996.

It includes, but is not limited to, a person who is serving a term of imprisonment for particular offences, a person who is subject to a final order under the Family Violence Protection Act 2008, a person serving a community correction order with a supervision condition attached, and a person who has been found guilty of a Firearms offence in the last 12 months.

Possess, carry or use
Possession means that the firearm was in the person’s custody or control. The firearm does not have to be on the accused’s person – it will probably be sufficient if it is in their bedroom or their car, if they are the person with control over the bedroom or car. ‘Carry’ or ‘use’ have their ordinary meaning.

A firearm
Firearm is defined in section 3 of the Firearms Act 1996. It means any device, whether or not assembled or in parts:

A firearm does not include:

A defence to this may arise where an accused was not aware they are a prohibited person or where they thought they had a licence. The other defence that is run often is that the person was not in possession of the gun. The police may have found it at a house but it was not the responsibility of the accused.

Deciding on whether to plead guilty or not has huge consequences for you and should be made after proper discussion with a criminal lawyer.

Maximum penalty for section 5 of the Firearms Act 1996

The offence of Prohibited Person Possessing Firearms (s5 of the Firearms Act 1996) may result in a fine of 1,200 penalty units or 10 years imprisonment.

< Back to Firearms Offences