Possession of Substance etc for Trafficking in a Drug of Dependence

Possession of Substance for Trafficking in a Drug of Dependence is an offence under s 71A of the Drugs, Poisons and Controlled Substances Act 1981. For example, you cannot possess a document with instructions on how to prepare a drug of dependence. This is a broad offence and could include items that may not obviously relate to the trafficking of a drug of dependence. We can assist you if you are charged with this offence. 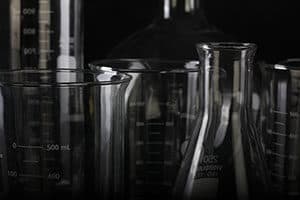 The police will interview you if they think you have possessed a substance for the purpose of trafficking a drug of dependence. It is important to remember you are not obliged to give a comment interview to police. If you are unsure on how to approach an upcoming police interview for this charge, then you should contact a lawyer. We help our clients navigate police interviews regularly and can assist you if you are in need of advice.

If you intend to plead not guilty, you should engage a lawyer to help you work through your case. We regularly deal with drug offences and our expert lawyers will work through the charge, the evidence and assist you in establishing whether the prosecution have met the definition of the charge.

If you are pleading guilty to this charge you are at risk of being sentenced to a term of imprisonment. You want to put your best case forward at Court. Our expert criminal lawyers can help you prepare for court, advise you on what documentation to obtain and will put together a plea for you. You do not need to do this alone and we are available to help where you need it. 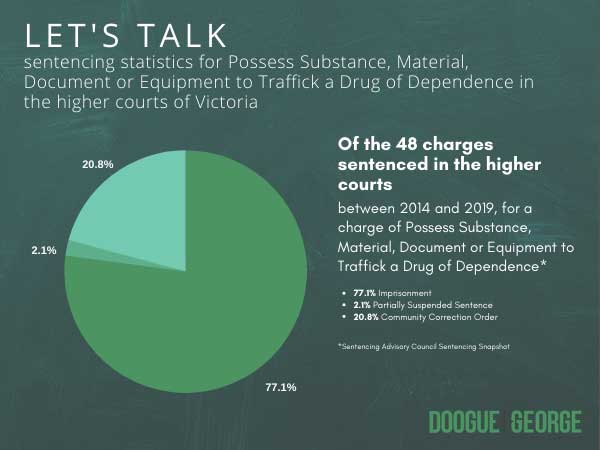 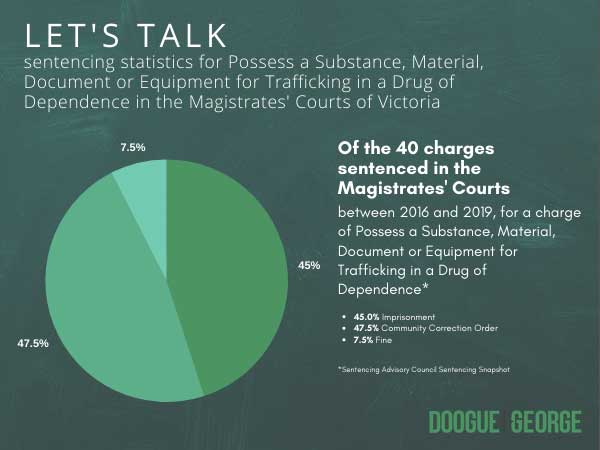 It is a serious offence that is often heard in the County Court when a person is charged with a variety of drug charges.

What is the legal definition of Possession of Substance etc for Trafficking in a Drug of Dependence?

A person who, without being authorised by or licensed under the Drugs, Poisons and Controlled Substances Act 1981 or the regulations or the Access to Medicinal Cannabis Act 2016 or the regulations under that Act to do so, possesses a substance, material, document containing instructions relating to the preparation, cultivation or trafficking of a drug of dependence or equipment with the intention of using the substance, material, document or equipment for the purpose of trafficking in a drug of dependence is guilty of an indictable offence and liable to level 5 imprisonment (10 years maximum).

The legislation for this offence can be found on section 71A of Drugs, Poisons and Controlled Substances Act 1981.

To prove this charge, Prosecution must prove the following beyond reasonable doubt:

1. Was the accused actually in possession?
Possession is defined in Section 5 of the Drugs, Poisons and Controlled Substances Act 1981. Without restricting the meaning of the word possession, it states that ‘any substance shall be deemed for the purposes of this Act to be in the possession of a person so long as it is upon any land or premises occupied by him or is used, enjoyed or controlled by him in any place whatsoever, unless the person satisfies the court to the contrary.’

For further clarification, we can look to the common law definition of possession. Common law possession involves the physical control with an intent to possess.

Conduct element: This requires the Prosecution to prove that the accused had physical custody or control over the substance.1 A person does not need to be carrying the substance on their person to satisfy this element. They do however have to have custody or control over it. Once a person has possession of an item, that possession remains alive until the item possessed is disposed of. This is said to be in their custody and within their control.2

Mental element: In most cases it will be necessary to infer the requisite intention from the performance of the proscribed act and the circumstances in which it was performed.3


“Can they prove you actually possessed the substance?”

Maximum penalty for section 71A of the Drugs, Poisons and Controlled Substances Act 1981

The charge of Possession of Substance etc for Trafficking in a Drug of Dependence (s71A of the Drugs, Poisons and Controlled Substances Act 1981) may lead to a level 5 imprisonment (10 years maximum) on a finding of guilt.