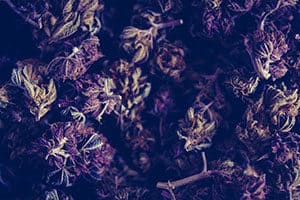 The Australian Federal Police will most likely interview you if they think you have committed this offence. We can provide advice on how to best conduct yourself in the interview and advise you on how to prepare. Going in for a police interview can be stressful and it is important to seek advice to prepare you before you go in to the interview. Always remember you have the right to give a ‘no comment’ interview.

This is a complex offence and you may think the evidence against you does not prove the charge. We can help you work through this and consider things such as:

If the evidence against you is overwhelming, you might decide to plead guilty to this charge. It is still important to engage a lawyer to assist you if you decide to do this. We can help you by putting together a plea for you and collecting supporting material. We would also closely analyse the details of your case and put your best case forward in a plea submission.

This charge would be heard in the County Court.

Note: A defendant bears a legal burden in relation to the matter in subsection (4) (see section 13.4).1


“Have you been caught in possession of a border controlled substance?”

The legislation for this offence can be found on section 307.7 of Criminal Code Act 1995.

It is important to note that you can be reckless as to the possession of the substance. This means that if you ought to have known you were in possession of a controlled substance, or a reasonable person in the circumstances would have known, then you can be found guilty.


“Have you been caught in possession of a border controlled substance?”

Defences to this could be that the accused did not possess a substance, that the substance was not imported, or that the accused did not know that the border controlled drug or border controlled plant was unlawfully imported. Other defences include mental impairment, duress, honest and reasonable mistake of belief, impossibility, lack of intent, the concept of beyond reasonable doubt, and other forms of factual errors.

Maximum penalty for section 307.7 of the Commonwealth Criminal Code

Any person found guilty of Possessing Unlawfully Imported Border Controlled Drugs or Border Controlled Plants (s307.7 of the Commonwealth Criminal Code) may be sentenced to an imprisonment for 2 years or to a fine of 400 penalty units ($64,476 at the time of print) or both.