The offence of Possess Cartridge Ammunition is found in section 124(1) of the Firearms Act 1996. It is a criminal offence that is committed by a person who was found to be in possession of cartridge ammunition despite not being licensed to do so.

Have you been accused of Possess Cartridge Ammunition? 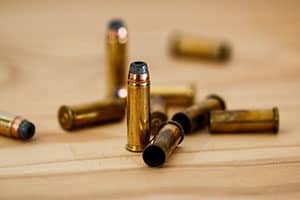 You have the choice of making a comment or a no comment interview with Police. You should speak with one of our lawyers before you speak with Police. We can advise you on the best course of action for your particular circumstances in a Police interview. The interview is a chance for the Police to elicit information from you and try and get you to make admissions. This will later be used in evidence against you. There is no obligation to speak to Police apart from answering the initial identification questions. You should be polite and friendly but do not provide the Police with information they can use against you.

It is the Prosecutions role to prove the charges against you beyond reasonable doubt. You are innocent until proven guilty. Perhaps you have a reasonable explanation for why you were in possession of the ammunition or the items were not yours at all. Our lawyers are experts in firearms offences. We can help you fight your case. We regularly appear at contested hearings and know what does and does not work in Court to help you secure a not-guilty verdict.

If you are pleading guilty you want to get the fairest and most lenient sentence possible. Our lawyers are expert plea makers. We will tell your personal story to the Court so that they know they are sentencing an interesting, complicated human being, not just a criminal. We can negotiate with Police to ensure that the fairest charges are presented to the Court. 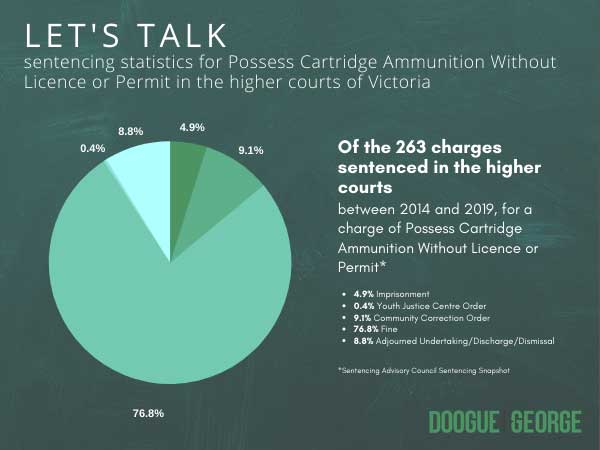 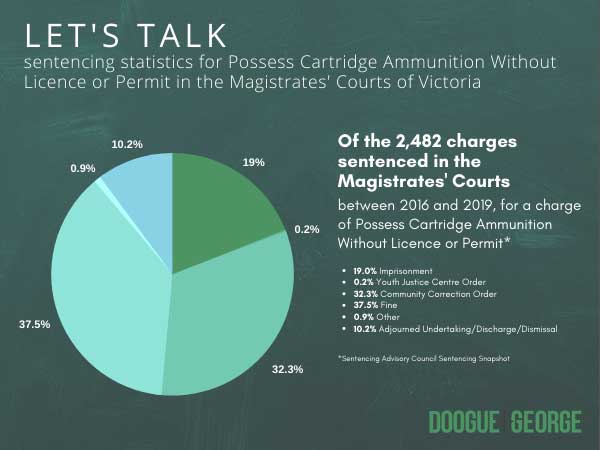 Was the item cartridge ammunition?
According to section 3 of the Firearms Act 1996, ‘cartridge ammunition’ means ammunition having a bullet or other projectile and a priming device fixed to or enclosed in a cartridge case which is composed wholly or partly of material other than paper.

The legislation for this offence can be found on section 124(1) of the Firearms Act 1996.

Criminal defences that are available are honest and reasonable mistake of belief, necessity, sudden or extraordinary emergency and incorrect factual matrix.

The decision on whether to plead guilty or not guilty to this charge can best be made only after a careful study of the strengths of your case. Contact a criminal lawyer to assess the factors in your case.

The offence of Possess Cartridge Ammunition (section 124(1) of the Firearms Act 1996) carries a fine of 40 penalty units (around $6500) as the highest possible sentence.