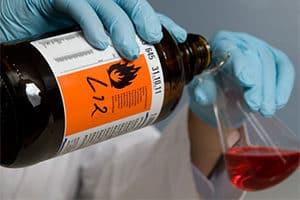 What are some of the possible defences to Offences Connected with Explosive Substances?

Defences to this could be a factual dispute, the concept of beyond reasonable doubt, wrongful identification, or lack of intent.

You should call us to discuss your case with one of our experienced lawyers if you have been charged with this offence. Deciding on whether to plead guilty or not has important implications for you and should be made after proper discussions with one of our criminal lawyers.

The maximum penalty for this offence is level 4 imprisonment or 15 years. This offence is a serious indictable offence and is generally heard in the County Court which can also be heard summarily in the Magistrates’ Court.

What is the legal definition of Offences Connected with Explosive Substances?

Section 317 of the Crimes Act 1958 defines ‘explosive substance’ as:

unconsciousness, disfigurement, substantial pain, infection with a disease and an impairment of bodily function.

The Prosecution must satisfy a Magistrate or Judge of the following elements beyond a reasonable doubt:

“Can the Prosecution prove that the explosion had the potential to damage property or cause a serious injury?”

In the higher courts of Victoria, there were 25 charges of Makes or Possesses Explosive Substance Without Lawful Excuse – section 317(4) – that were heard from 1 July 2011 to 30 June 2016. More than half of these cases resulted in imprisonment (56%). There were also many who received wholly suspended sentences (36%) while the remainder were sentenced to a Community Correction Order (4%) and fine (4%).1

In the Magistrates’ Courts, 95 cases (102 charges) of Makes or Possesses Explosive Substance Without Lawful Excuse – section 317(4) were heard from 1 July 2013 to 30 June 2016. These resulted in a variety of penalties:

Please note that suspended sentences were abolished in Victoria for all offences committed on or after 1 September 2014.4