In Victoria, Obtain a Financial Advantage By Deception (Commonwealth) (Common Centrelink Charge) is found in section 134.2 of the Commonwealth Criminal Code. It is a criminal offence that is committed by a person who was found to have dishonestly obtained a financial advantage from a Commonwealth entity. Note that this is different from section 135.2 wherein the person knew that they were not entitled to the financial advantage.

Have you been accused of Obtain a Financial Advantage By Deception (Commonwealth) (Common Centrelink Charge)? Cases concerning charges of this kind can often be complicated and involve a large volume of material. It is important you contact our office as soon as you receive any information about accusations of this kind. 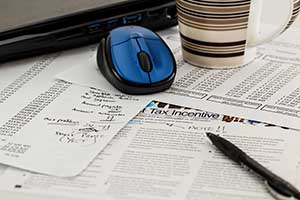 Before speaking with the Police or offering any information, we recommend you contact our office to discuss the purpose and procedure of Police interviews before you decide whether to attend. It is crucial you understand your rights. A Police interview is not the time or place where you explain your side of the story and hope the allegations will go away.

Police want to conduct an interview with you because they suspect you have committed the offence of obtaining a financial advantage by deception (Commonwealth Centrelink charge) and hope you will make admissions which will assist in an investigation or prosecution of the charge against you.

Our lawyers regularly attend Police interviews. It is our experience that people feel comfortable attending with someone present to represent their interests, and to ensure Police conduct the process in a proper and appropriate way.

We have significant experience in representing people charged with obtaining a financial advantage by deception (Commonwealth Centrelink charge). We assist our clients in building a case that will show they are not guilty of the offence. We are able to navigate the sophisticated and voluminous briefs of evidence that often accompany charges of this kind, and closely analyse the case that has been brought against you. We will work hard to defend you of this charge.

If you are choosing to plead guilty to this charge, we will assist you in securing the most favourable outcome in the circumstances. We will also carefully assess the brief of evidence and negotiate any charges or facts if possible. We will gather all relevant and useful material, such as references and reports, to persuade the court to impose a sentence that is just, fair and appropriate. Our lawyers work hard to ensure clients are informed and supported throughout each stage of a court hearing until the best possible sentenced is imposed. 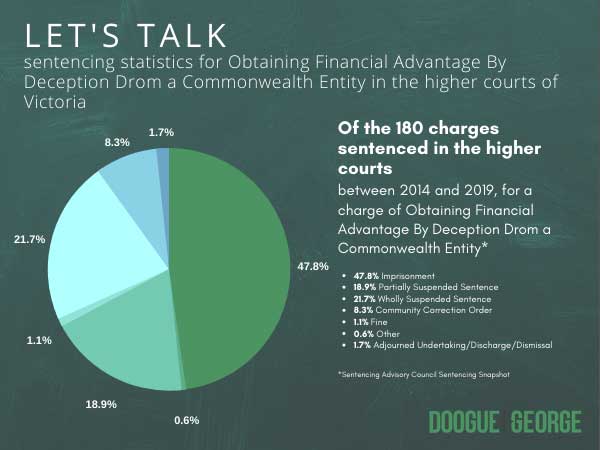 Which court will the case be heard in?
The Commonwealth offence of obtaining a financial advantage by deception is the sort of offence generally heard in the Magistrates’ Court. However, if the quantum of the amount of money fraudulently received is over $100,000 then the matter will be heard in the County Court.
Meaning of Obtain a Financial Advantage By Deception (Commonwealth – Centrelink Charge)

What is the legal definition of Obtain a Financial Advantage By Deception (Commonwealth – Centrelink Charge)?

A person commits this offence if he/she dishonestly obtains property belonging to a Commonwealth entity dishonestly with an intention of permanently deprive.

Definition of ‘Obtained’
Under the Commonwealth Criminal Code, a person is taken to have obtained property if:

Definition of ‘Permanently Deprive’
The Commonwealth Criminal Code defines to ‘permanently deprive’ as:

The legislation for this offence can be found on section 134.2 of Criminal Code Act 1995.

For this charge to be proven, the Prosecution must establish beyond reasonable doubt that:


“Can the Prosecution prove that you obtained a financial advantage?”

Defences
The following are a range of defences available if you are charged with this offence:

You should call our office on 9670 5111 to discuss your matter with one of our lawyers.

Deciding on whether to plead guilty or not has important implications for you and should be made after proper discussions with our criminal lawyers.
Maximum penalty for section 134.2 of the Commonwealth Criminal Code

There is a maximum penalty of 10 years imprisonment for anyone found guilty of obtaining financial advantage by deception (s134.2 of the Commonwealth Criminal Code).