The offence of Harass Witnesses is in section 52A of the Summary Offences Act 1966 in Victoria. It is a criminal offence that is committed by a person who harasses another person who is a witness in a case.

Have you been accused of Harassing a Witness? This is a serious allegation which you must make sure you get legal advice about as soon as possible. 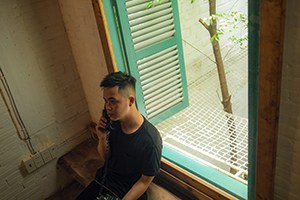 Did you know that police can arrest and interview you based solely on what someone says you did? If this happens, you must call us to speak with one of our experienced criminal defence lawyers.

It is common for these sorts of cases to be ‘word against word’. In this situation, it is more important than ever to seek criminal law advice from an expert criminal lawyer before attending a police interview. One of our criminal lawyers will provide you with clear advice about the best course in your particular circumstances – whether to answer questions, or to say ‘no comment’.

One of our experienced criminal defence lawyers can prepare a defence strategy for you if intend on pleading not guilty to Harass a Witness.

Pleading not guilty to a criminal charge can be complex and overwhelming. An expert criminal lawyer will clearly explain the procedure involved in contesting a charge so that you understand each step in the Court process.

Your lawyer will also work with you to unravel the facts in your particular case, analyse the evidence police say supports the charge against you, and advocate in your defence at Court.

If you are pleading guilty to the offence of Harass a Witnesses, one of our expert criminal lawyer will ensure that you matter is thoroughly prepared and that the circumstances of your situation are properly explained to the Magistrate. Appearing at Court can be daunting and confronting. A criminal lawyer will guide you through the process and ensure that with proper legal representation, you receive the best possible outcome in your situation. 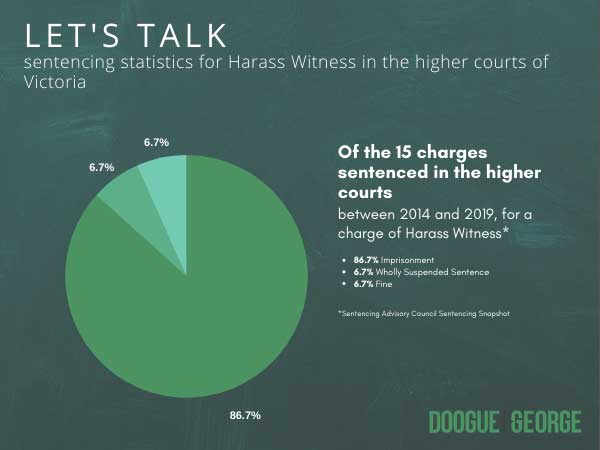 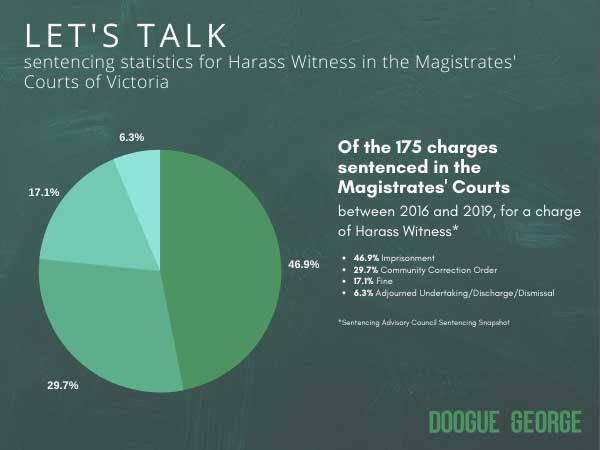 The offence of harassing witnesses is the sort of charge regularly heard in the Magistrates’ Court.

What is the legal definition of Offence to Harass Witnesses?

An accused commits an offence if they harass a person because that person has taken part, is about to take part or is taking part in a criminal proceeding in any court as a witness or in any other capacity.

Examples of Offence to Harass Witnesses

The legislation for this offence can be found in section 52A of Summary Offences Act 1966.

To prove this charge, the prosecution prove the following beyond reasonable doubt:

1) Did the accused harass a person?
‘Harass’ has its ordinary meaning. An accused will harass a witness if they subject them to aggressive pressure or intimidation. The court will look at all the circumstances to determine whether the accused was harassing the witness.

The victim does not need to be a ‘witness’ – it is sufficient if the accused harasses someone who takes part in a criminal proceeding ‘in any other capacity’. This could mean someone who agrees to help the police with their investigation, or the lawyer for the prosecution, or an expert witness, or a court translator.

Defences to this charge can include a factual dispute, lack of intent, or the concept of beyond reasonable doubt.

You should ring us and discuss your case if you have been charged. Deciding on whether to plead guilty or not has consequences for you and should be made after proper discussion with a criminal lawyer.

Maximum penalty for section 52A of Summary Offences Act 1966

The maximum penalty for Offence to Harass Witnesses (s52A of Summary Offences Act 1966) is 120 penalty units or imprisonment for 12 months. This is a substantial maximum penalty for a summary offence. It reflects the fact that the court takes these types of offences seriously.

< Back to Threat Offences
< Back to A -Z of Offences