It is an offence under section 247 of the Crimes Act 1958 to make a False Statement. It is a criminal offence that is committed by a person who made a false statement causing one to think that there is a plan to do damage or violence to people. It is a complex section that covers a lot of possible situations.

Have you been accused of making a False Statement? 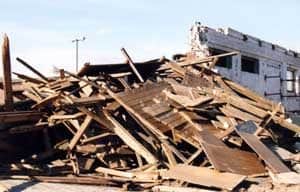 The best thing you can do for your case is to arm yourself with information about your rights and obligations before attending a police interview in relation to a an allegation of making False Statements. Understanding the process by talking to one of our lawyers can only help you improve your situation and feel as comfortable as possible during the interview.

Call our office for initial advice and ask about a lawyer attending the interview with you.

Pleading not guilty to a charge of making a False Statement means you are contesting the charge against you. If you deny that you committed the offence then in most cases, you will be pleading not guilty before the Court. Sometimes a decision to plead not guilty is black and white, you either did or did not make a false statement. Other times, advice from your lawyer might raise legal issues that you were not aware of or had not considered.

To ensure you are armed with everything you need to defend your case, it is essential that you consult a lawyer. At Doogue + George Defence Lawyers, we will carefully consider the evidence compiled by police, obtain detailed instructions from you and provide you with advice about your best strategy to defend a charge of making false statement.

It is essential that you get advice from a lawyer before making the decision to plead guilty to a charge of making False Statement. At Doogue + George Defence Lawyers, we will review the evidence against you and ensure that the charge of making False Statement is the appropriate charge, that all the elements of the offence are made out and no defences are available to you.

Then we will assist you to obtain character references and take detailed instructions from you about your personal history and the circumstances that lead to the offending. We will prepare a plea to present to the Magistrate to ensure you receive the lowest possible penalty available to you.

This charge would be heard either in the Magistrates’ Court or the County Court.

What is the legal definition of False Statements?

The section that covers this offence is section 247 of the Crimes Act 1958.

The prosecution must prove the following elements in order for an accused to be found guilty of False Statements:

Maximum penalty for section 247 of the Crimes Act 1958

The maximum penalty for False Statements (s247 of the Crimes Act 1958) is level 6 imprisonment (5 years).

False statements is an offence that is rarely seen in the Courts but could carry a prison term if you are found guilty.

This is an indictable offence but it will generally be heard summarily in the Magistrates’ Court.