Fail to Notify Change of Address 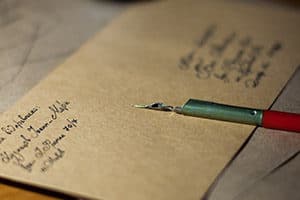 It is the responsibility of the holder of a drivers licence or learner permit to notify VicRoads of a change in address for service (postal address) within 14 days of the change. Failure to notify VicRoads of this change is an offence pursuant to regulation 67(1) of the Road Safety (Drivers) Regulations 2009.

Examples of Fail to Notify Change of Address

What are some of the possible defences to Fail to Notify Change of Address?

This offence may be defended in court on the basis of honest and reasonable mistake of belief and factual errors. The overall circumstances of a case will determine what will be an appropriate defence to the charge.

Normally these charges result in pleas of guilty. Make sure you are organised for Court and have worked out exactly what you are going to tell the Magistrate.

With any governmental organisation it is important to keep a solid record of any correspondence. This includes what you are sending, whether it has been received and on what date.

This offence carries a fine of 3 penalty units (around $483.57) as the highest possible. Cases related to this offence will be heard at the Magistrates’ Courts.

Given the penalty, this is not the sort of charge that you want to get a lawyer involved with as the cost would be considerably more than the penalty.

What is the legal definition of Fail to Notify Change of Address?

Change of personal particulars or condition

The legislation for this offence can be found on section 67(1) of the Road Safety (Drivers) Regulations 2009.

There were 75 cases that led to imprisonment but most of these cases were given a term of less than 3 months (45.3%). The longest term imposed was higher than 18 but fewer than 24 months and was given to only 5.3% of those who received imprisonment as a sentence.1