Fail to Comply With Planning Scheme, Permit or Agreement Under s173

Planning schemes are designed to regulate development so that they meet agreed community objectives. An example of this may be a building that contractually incorporates a public space open to the community. 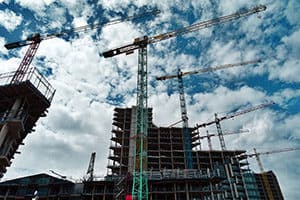 It is important to have the rights and obligations of parties clearly set out to avoid generalities or ambiguities.

A person who uses or develops land in contravention of a planning scheme, permit or agreement under section 173 of the Planning and Environment Act 1987 (‘the Act’) has committed an offence pursuant to section 126(1) of the Act.

Which court will the case be heard in?
As a summary offence, any summons for this charge will primarily be handled by the Magistrates’ Court.
Meaning of Fail to Comply With Planning Scheme, Permit or Agreement Under s173

What is the legal definition of Fail to Comply With Planning Scheme, Permit or Agreement Under s173?

Examples of Fail to Comply With Planning Scheme, Permit or Agreement Under s173

The elements of this offence are:

Defences
Defences that are available might relate to your intent and the factual matrix of the alleged offending. It may be that what a lawyer would do is not exactly to defend the charge but to explain it in a way that the Magistrate will understand why it happened and eventually deal with it leniently.

The decision on whether to plead guilty or not guilty to this charge can best be made only after a careful study of the strengths of your case. We need to make a careful and objective evaluation of the evidence that the Prosecution can prove against you.

Often the main emphasis on enforcing agreements under section 173 are to obtain compliance rather than prosecuting offenders. Keeping vigilant records and having transparent auditing process can be beneficial if there is non-compliance discovered.

The offence of Fail to Comply With Planning Scheme, Permit or Agreement Under s173 (s126(1) of the Planning and Environment Act 1987) carries a fine of 1200 penalty units ($193,428) as the highest possible sentence. Please note that this penalty is applied generally to the act where a section is silent on penalty. It should be noted that more significant breaches of this section would see a penalty in the higher end of the sentencing range.

There were 175 cases (310 charges) of Fail to Comply With Planning Scheme, Permit or Agreement Under s173 that were heard in the Magistrates’ Court from 1 July 2013 to 30 June 2016. Majority of these cases resulted in financial penalties (78.9%) although there were a few that led to adjourned undertaking/discharge/dismissal (20.0%), imprisonment (0.6%), and wholly suspended sentence (0.6%).

Only one case led to imprisonment which was for a period that is more than 3 but less than 6 months.1

< Back to Public Order Offences