Fail to Comply With Emergency Order or Building Order

Failing to Comply With Emergency Order or Building Order is found in section 118(1) of the Building Act 1993 in Victoria. It is a criminal offence that is committed by a person or a body corporate that ignored to complete works after being ordered to from a council or building surveyor.

Have you been accused of Fail to Comply With Emergency Order or Building Order? 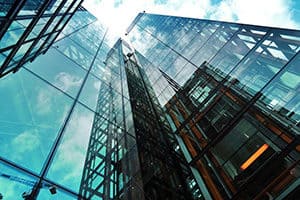 This offence has the potential to lead to large financial penalties if not handled properly. This charge should not be treated lightly. You should get advice from one of our experienced lawyers before engaging in an interview. We can assist you by speaking with the investigator to get as much information as possible, discuss any advantages and disadvantages in making a comment.

We realise that going to an interview is stressful and we can also accompany you if you feel more comfortable having someone present on your side.

You may dispute this charge because of one of the following reasons:

Just because you have been charged with this offence does not mean you should plead guilty. It is important to speak to an experienced lawyer who will challenge the prosecution evidence on your behalf.

Our experienced lawyers are experienced court advocates and will devise a defence strategy for you which will increase your prospects of success.

You may decide that the best outcome for you will be pleading guilty to this charge. Given its serious nature, it is important to engage a lawyer to represent you to make submissions on your behalf.

We conduct pleas on behalf of our clients every day and know what Magistrates need to hear to arrive at a fair and just outcome. 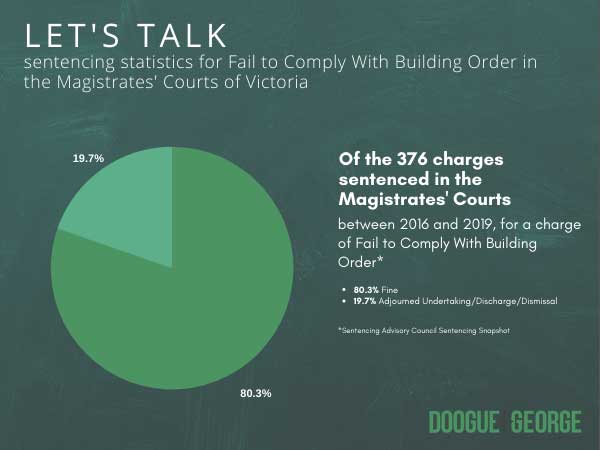 This is a summary offence and is heard in the Magistrates’ Court.

What is the legal definition of Fail to Comply with Emergency Order or Building Order?

The term ‘building’ includes ‘structure, temporary building, temporary structure and any part of a building or structure’.1

Examples of Fail to Comply with Emergency Order or Building Order

The legislation for this offence can be found on section 118(1) of the Building Act 1993.

The prosecution must establish:

Defences to this charge might be that you were not in fact subject to the order or that you have already performed the works. Often people will plead guilty, so it is important to explain the circumstances of the offending and explaining your personal circumstances to urge the Court to impose a modest fine.

The decision on whether to plead guilty or not guilty to this charge can best be made only after a careful examination of the strengths of your case. Contact a defence lawyer to assess the strength of your case.

For a person, the offence of Fail to Comply With Emergency Order or Building Order (s118(1) of the Building Act 1993) carries a fine of 500 penalty units (around $80,500) as the highest possible sentence. For a body corporate, the maximum penalty is a fine of 2,500 penalty units (around $403,000). The sentence received will obviously depend on many factors including in relation to the particular case. It is important to remember that serious breaches of this provision will attract a higher penalty.