In Victoria, Exceed Prescribed Concentration of Drugs (49.1.H) is found in section 49(1)(H) of the Road Safety Act 1986. It is a criminal offence that is committed by a person who was caught driving or in control of a motor vehicle and, within 3 hours from being caught, provided a sample of oral fluid which turned out to be containing illicit drug once analysed.

Have you been accused of Exceed Prescribed Concentration of Drugs (49.1.H)? This offence attracts a mandatory disqualification of your driver’s licence and must be handled properly to ensure you get the best outcome. Our firm has lawyers who specialize in traffic matters and are ready to answer your important legal questions. 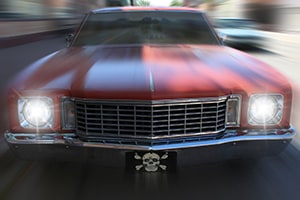 If the Police suspect you are driving while Exceeding the Prescribed Concentration of Drugs, they will take you back to the Police station or a booze bus to provide an evidentiary sample of saliva. While there, they will ask you questions. The answers you provide during the interview will be written down by the arresting Police officer and will be provided in evidence against you in Court.

Do not be under any misapprehensions, the Police only ask questions to compile their case against you and hopefully get admissions from you to bar you from running a defence.

If you would like to contest a charge of Exceeding the Prescribed Concentration of Drugs because of a factual dispute, one of our experienced traffic lawyers, can look at the brief of evidence and advise you of the best approach. In defending a case such as this, you may need to engage a toxicologist who can provide expert evidence to undermine the Police case.

Our lawyers are experienced Court advocates and will advance your interests effectively.

Our lawyers have decades of experience in representing people who plead guilty to Exceeding the Prescribed Concentration of Drugs. Our lawyers know what information should be presented to a Magistrate at the Plea Hearing to get the best outcome and keep your time off the road to the minimum.

Our lawyers will direct you to: 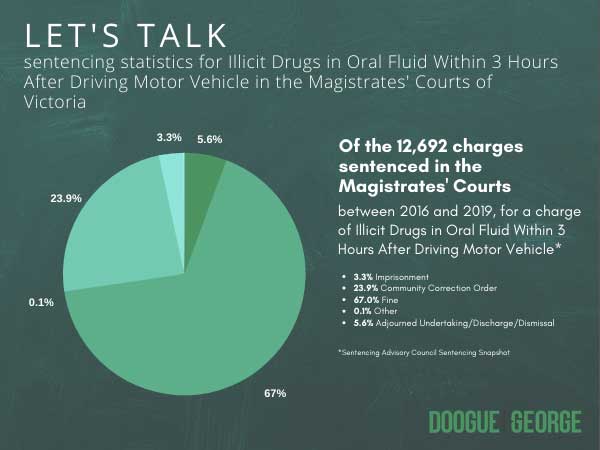 The offence of exceeding prescribed concentration of drugs is heard in the Magistrates’ Court.

What is the legal definition of Exceed Prescribed Concentration of Drugs?

The legislation for this offence can be found on section 49(1)(h) of Road Safety Act 1986.

To prove this charge, the prosecution must satisfy the magistrate beyond reasonable doubt of the following elements:


“Can the Prosecution prove that you were driving with drugs in your system?”

This offence is a ‘strict liability’ offence meaning that the Prosecution do not have to prove that you intended to drive with illicit drugs in your system, which limits your available defences. However, the following are a list of defences you may use:

The maximum penalty available to a Magistrate when sentencing someone found guilty of Exceed Prescribed Concentration of Drugs (s49(1)(h) of Road Safety Act 1986) is:

A person who is guilty of an accompanying driver offence is liable to a fine of not more than 5 penalty units.

From 30 April 2018, if you are caught testing positive to traces of illegal drugs then your driver’s license will be disqualified for 6 months and you must attend a drug driver behaviour change program.

New regulations that came into effect from 31 January 2018 also mean that Victorian offenders will face Victorian driving penalties should they be caught interstate.