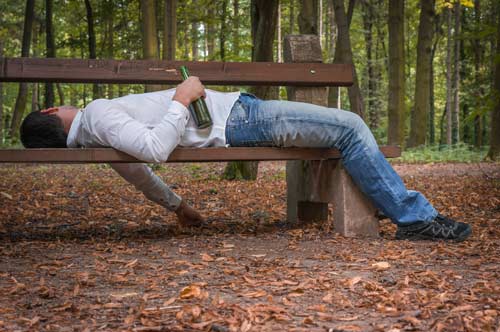 This offence means exactly what it says, it is an offence for someone to be drunk in a public place.

Examples of Drunk in Public

What are some of the possible defences to a Drunk in Public charge?

The maximum penalty for this offence is a fine of 8 penalty units.

Drunk in public cases are heard in the Magistrates’ Court.

“Were you drunk in public?”

What is the legal definition of Drunk in Public?

Being drunk while in a public place.

The section that covers this offence is section 13 of the Summary Offences Act 1966.1

If you are found guilty, you will get a fine or a Community Corrections Order. Normally when you turn up for Court for this charge it is dismissed at the coordinators counter. This is generally because people are lodged for 4hrs in police cells prior to being released.

Any person found drunk in a public place shall be guilty of an offence.
Penalty: 8 penalty units.