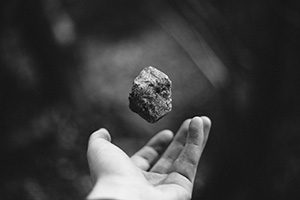 A summary offence is a criminal offence but one of a less serious nature than an indictable offence.

Discharging a missile translates to throwing an object at someone or something and by that action placing a person in danger, injuring them or damaging property.

Whether you should plead not guilty or plead guilty depends on an assessment of the circumstances surrounding the charge.

Examples of Discharge Missile to Endanger Person or Property

What are some of the possible defences to Discharge Missile to Endanger Person or Property?

Criminal defences that are used in response to this charge are normally around factual dispute and whether the Prosecution can prove the case beyond reasonable doubt.

This offence carries a fine of 25 penalty units (currently $4,029.75), six months imprisonment or both in more significant cases. As a summary offence, any summons for this charge will primarily be handled by the Magistrates’ Court.

What is the legal definition of Discharge Missile to Endanger Person or Property?

Any person who throws or discharges a stone arrow or other missile to the injury of or danger to any person or damage to any property shall be guilty of an offence.

Penalty: 25 penalty units or imprisonment for six months or both.

This offence is governed by section 7(g) of the Summary Offences Act 1966.

From 1 July 2013 to 30 June 2016, the Magistrates’ Courts of Victoria heard a total of 755 cases (802 charges) involving the charge of Discharge Missile to Endanger Person or Property. These cases resulted in a variety of sentencing options: