Corrupting Benefits Given To, or Received By, a Commonwealth Public Official 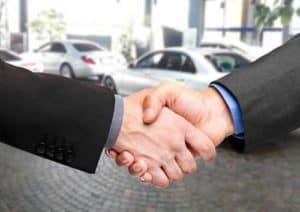 Examples of Corrupting Benefits Given To, or Received By, a Commonwealth Public Official
Defences
There are other possible defences, depending on the circumstances surrounding the alleged offending. Each matter is unique and requires an individual approach and strategy.

Penalty and sentencing for section 142.1 of the Criminal Code Act 1995

The maximum penalty for the offence of Corrupting Benefits Given To, or Received By, a Commonwealth Public Official (s142.1 of the Criminal Code Act 1995) is imprisonment for 5 years.

This is a very serious offence which is heard in the County Court.

What is the legal definition of Corrupting Benefits Given To, or Received By, a Commonwealth Public Official?


“Was there a corrupt benefit?”

The section that covers this offence is section 142.1 of the Criminal Code Act 1995.
Case studies and other information

These charges are very serious and if found guilty, you may face imprisonment. However if the gift or conduct is only of a minor value, that would be reflected in the sentencing and a fine is more likely.

< Back to Corruption Offences

< Back to Federal Offences