Home » Firearms Offences » Control of Use of Dangerous Articles

Control of Use of Dangerous Articles

The charge of Control of Use of Dangerous Articles is found in section 7 of the Control of Weapons Act 1990 in Victoria. It is a criminal offence for a person to carry a ‘dangerous article’ in a public place or licensed premises without a lawful excuse.

Have you been accused of Control of Use of Dangerous Articles? Make time to speak with one of our experienced defence lawyers. Our lawyers are experienced Court advocates who specialise in criminal defence work. 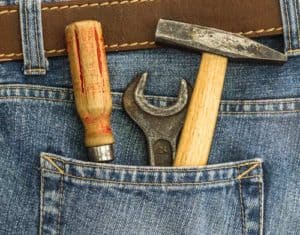 The Police Interview is part of their investigation to gather evidence to prove their case against you. It is not the time or place for you to try to explain your side of the story and hope that they will end their investigation against you. They are looking for evidence to support charging you. You should call a lawyer before being interviewed. It is worth getting legal advice before answering any questions, even those that seem harmless.

There are different ways to fight this charge. We may be able to argue that the article is not capable of being used as a weapon. There may not be evidence that it was carried with the intention of being used as a weapon. Alternatively, you might have a lawful reason for carrying the item. It may be required by your employment or a lawful activity. We can give you advice about whether any of these arguments apply in your case.

Our lawyers are proactive in their approach and will look for evidence to support your defence, which the Police may have over-looked. You want a lawyer on your side who is going to vigorously defend you in Court.

If you choose to plead guilty, we work with you to achieve the best result. We learn about your circumstances and background so we can present your story to the Court. We can help collect character references and reports. There is significant preparation for a plea hearing and therefore it is worth speaking with a lawyer as soon as possible. 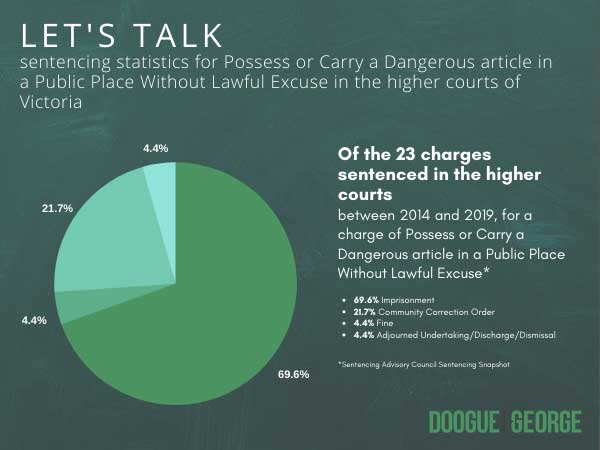 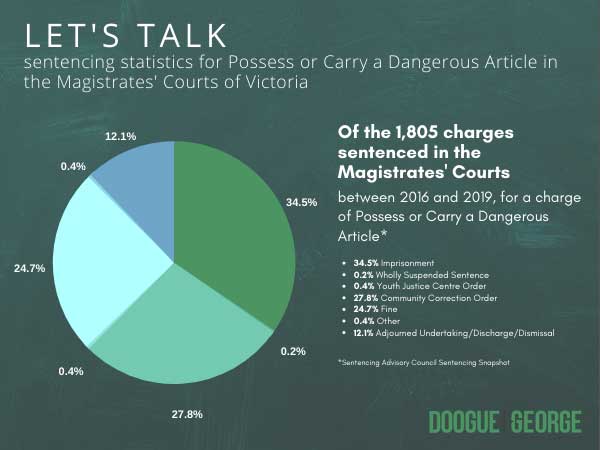 It is an indictable offence but it may be heard summarily. This means that the offence may heard either at the Magistrates’ Court or higher courts.

What is the legal definition of Control of Use of Dangerous Articles?

A person is in a public place or a licensed premises and possesses an article capable of being used as a weapon without a lawful excuse.

Examples of Control or Use of Dangerous Articles

“Did you have a lawful excuse for the dangerous article?”

The section that covers this offence is section 7 of the Control of Weapons Act 1990.

For an accused to be found guilty, the prosecution must prove the following beyond reasonable doubt:

‘Dangerous article’ is defined as:

< Back to Weapons Offences
< Back to A -Z of Offences