Home » Public Order » Carry Out Work Without a Building Permit

Carry Out Work Without a Building Permit

In Victoria, Carry Out Work Without a Building Permit is found in section 16(1) of the Building Act 1993. It is a criminal offence that is committed by a person or a body corporate that carried out a certain building work without a building permit, unless an exemption exists for the proposed work under the Regulations.

Have you been accused of Carry Out Work Without a Building Permit? If yes, it is important that you make time to see one of experienced lawyers to answer some of your important questions. 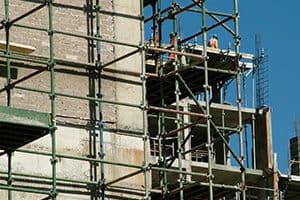 Have you been contacted by the Authorities to be interviewed about an allegation of Carrying Out Work Without a Building Permit? It is important to seek legal advice before speaking with the Authorities to make sure you understand your rights. You don’t want to answer questions which may harm your ability to defend the allegations.

If you want to fight this charge, we will work hard to carefully examine the investigation and look for any issues. Something might have been missed, or there might be issues with the evidence the Authorities do have.

Our lawyers take a pro-active approach when representing our clients and will conduct our own investigation and work to get evidence to support your defence.

If you decide to plead guilty to this charge, our experienced lawyers will work with you to best prepare for a plea hearing. Our lawyers might be able to argue that the summary of offending should change because it may not accurately describe what actually happened. Our lawyers can also advise how best to prepare for the plea hearing, including organising character references and supporting materials. This preparation can make all the difference when you ultimately attend Court. 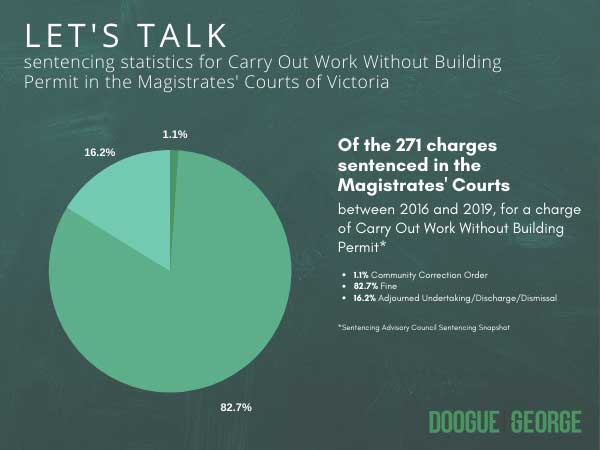 This is a summary offence and therefore any summons for this charge will be handled by the Magistrates’ Court.

The Prosecution must prove the following elements:

Examples of Carrying out work without a building permit

There are some exemptions that apply:
Schedule 3 of the Regulations lists some building works which can be carried out without a builder’s permit. The following is an example of some of the works:

The offence of building without a permit is governed by section 16(1) of the Building Act 1993 (Vic).

Some of the defences to this charge that might be available are:

The maximum penalty the Court may impose for a charge of Carry Out Work Without a Building Permit (s16(1) of the Building Act 1993) on an individual is a fine of 500 penalty units (around $80,500).

The maximum penalty the Court may impose on a company is a fine of 2,500 penalty units (around $402,900). The sentenced received will depend on the severity of the breach.

Case studies related to Carry Out Work Without a Building Permit

< Back to Public Offences
< Back to A -Z of Offences