Have you been accused of Burglary? 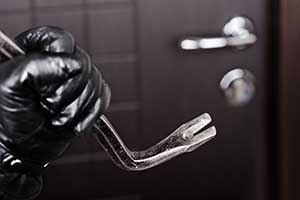 The police will interview you if they suspect you have committed a Burglary. Anything you tell police before, during or after the interview can be used by prosecutors against you in Court if it helps their case. Our system is adversarial, which means it is a battle and not necessarily a search for the truth.

It is worth remembering that you can and should seek advice from an experienced criminal lawyer before speaking to police to make sure you know your rights. Your criminal lawyer will explain to you why you should say ‘no comment’ to protect your position, rather than trying to talk yourself out of the situation which can harm any potential defence.

One of our experienced defence lawyers can prepare a defence strategy for you to increase your chances of an acquittal or the charge being withdrawn by prosecutors if you dispute the Burglary allegation. We have in-house counsel who are expert cross-examiners who can get involved in a matter from the beginning.

Our lawyers are skilled at analysing the evidence and will provide you with expert legal advice about how to best prepare and successfully run your case.

You may agree to Burglary and you have decided to plead guilty to the charge at Court.

One of our experienced criminal lawyer will carefully listen to you to fully understand your personal instructions to be able to craft plea submissions. Your lawyer will then thoroughly prepare your case with the appropriate supporting materials and assist you to achieve the best possible outcome. 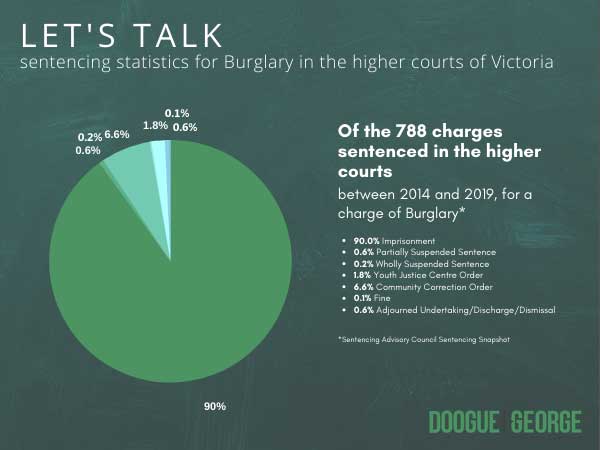 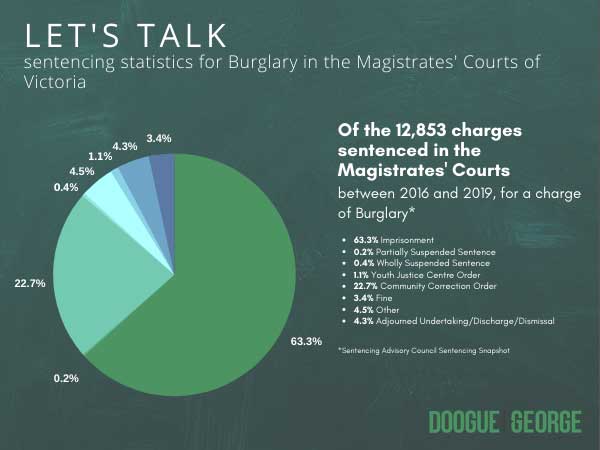 A burglary charge is generally heard summarily in the Magistrates’ Court, but can also be heard in the County Court.

What is the legal definition of Burglary?

Burglary is defined as entering or remaining in a building without consent of the occupier with the intention of committing an offence.


“Can the Prosecution Prove that you did not have permission to be in the building?”

The law for Burglary can be found on section 76 of the Crimes Act 1958.

Elements the prosecution must prove

The prosecution must prove the following elements beyond reasonable doubt to make out the charge of burglary:

People are regularly charged with burglary when they are not guilty of the offence. Police commonly charge people with burglary when they are found in possession of items police believe were recently stolen from house or commercial premises. In such a case can the prosecution prove all three elements above? Were the circumstances really consistent with the meaning of burglary? Or is a more appropriate charge a lesser offence of handle stolen goods or possession of property reasonably suspected of being the proceeds of crime?

The defences available to an accused person will depend on the particular circumstances of each matter. An accused person should seek advice from a specialist criminal lawyer to discuss any defences which may apply in their matter.

Many matters involve a factual dispute as to what happened. Is the witness who said they saw the accused person enter the property mistaken? Is the witness lying?

Often the defence to this charge can be that there is a factual dispute about what happened or an assertion that the alleged victim let you into the premises.

Aside from general defences which may apply such as mistaken identity, the offence of burglary can raise complex legal issues in relation to the intention of the accused. Lack of intent can be a defence to this charge if the prosecution do not provide adequate evidence that the accused had the requisite intention at the time of entry into the premises to steal, assault or damage or intention to use a weapon carried for the purpose of the burglary. In this case, the definition of burglary was not met and the accused will be found ‘not guilty’.

Questions a judge will ask a jury

A judge presiding over a burglary trial will ask the jury to consider if:

Maximum penalty for section 76 of the Crimes Act 1958

Check out some of the criminal cases we’ve defended in court that involve the offence of burglary: