Breach Alcohol Interlock Condition is found in section 50AAD(1) of the Road Safety Act 1986 in Victoria. It is committed by a person who breaches an alcohol interlock condition imposed on their driver’s licence.

Have you been accused of Breach Alcohol Interlock Condition? 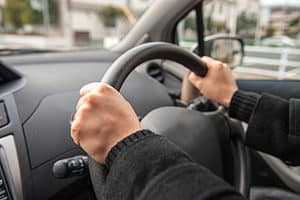 The police will speak with you if they suspect you have engaged in Breach Alcohol Interlock Condition. Before you speak with the police or answer any of their questions during a field interview, it is very important that you contact an expert criminal lawyer first to get information on how to deal with the interview.

We will be able to give you timely advice over the phone or in person about how to conduct the interview, so that you do not inadvertently provide a response which negatively affects your position if you decide to contest the charge later on. You will not harm your case if you simply provide a ‘no comment’ response.

It is therefore very important that you are not caught out by police investigative techniques. We will work with you to determine how to best proceed in the police interview.

Our lawyers have dedicated their careers to representing people in Court charged with criminal and traffic offences. Our lawyers are experienced in preparing defence strategies which lead to not guilty verdicts. If the police have wrongly accused of Breach Alcohol Interlock Condition, we can help you to defend the charge.

Each charge has a series of elements or components which the prosecutor must prove. We will expertly analyse the evidence and work with you to determine the best way to defend the charge. You want a lawyer who will be critical of the police brief of evidence.

If you are pleading guilty to Breach Alcohol Interlock Condition, it is important to know what types of things the Court will take into account when deciding on the penalty. You will need an experienced lawyer who can advise you on how to put the conduct into context so that you can achieve the best outcome. This is done through careful preparation and guiding you to obtain specific material to submit to the Court. By engaging one of our lawyers, you are arming yourself with a highly experienced Court advocate. 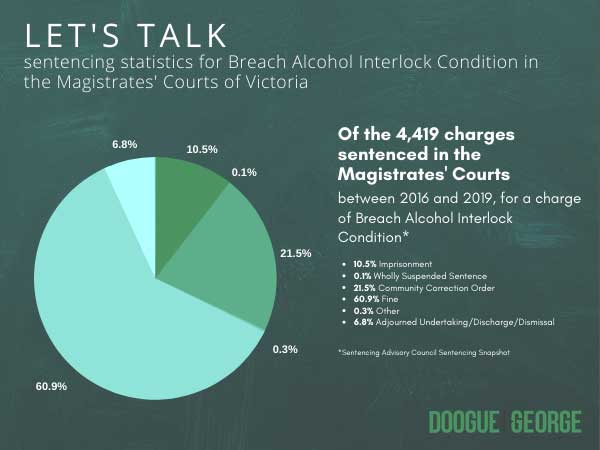 Cases related to this offence will be heard in the Magistrates’ Court.

What is the legal definition of Breach Alcohol Interlock Condition?

This offence is legally defined as the act of breaching the alcohol interlock condition imposed on an accused’s driver’s licence.

A breach of an alcohol interlock condition is governed by section 50AAD(1) of the Road Safety Act 1986.

Under section 50AAD(1), the prosecution will need to prove that:

Defences to this section may include sudden or extraordinary emergency, necessity, duress, impossibility, factual errors and the concept of putting the prosecution to their proof.

The offence of Breach Alcohol Interlock Condition (s50AAD(1) of the Road Safety Act 1986) carries a fine of 30 penalty units (around $4,835) or four months imprisonment as the highest possible sentence. In addition, the court has the option to make orders in relation to the status of your licence.

Many magistrates view this offence as a breaching of the original court order and so treat it very seriously. Repeated offending of this nature will often end in prison sentences unless the context of the offending is explained well to the magistrate.