Bomb Hoaxes is in section 317A of the Crimes Act 1958 in Victoria. It is committed by a person who made a false statement about the presence of a bomb with the intention of inducing other people to believe that a bomb is due to explode The charge is also filed against a person who placed or sent an article or substance in any place, by any means, with the same intention.

Have you been accused of Bomb Hoaxes? 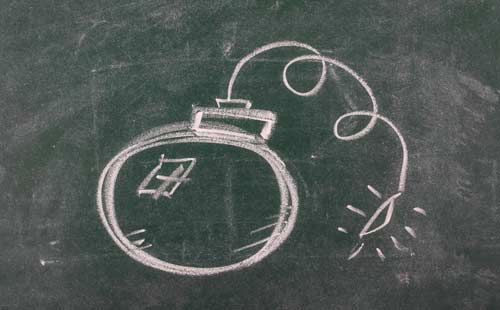 If you have been arrested for making Bomb Hoaxes, or if you know that police want to interview you about the offence, it is vital to the success of your case that you call us first. Your lawyer will provide you with clear and knowledgeable legal advice about the interview process and when you should consent to forensic procedures. Our Bomb Hoax lawyers will advise you of the risks of making a comment during your police interview.

Police officers are trained to ask questions in a way to elicit admissions or inconsistencies in your version, which may be played in Court later on. You will have important questions about the interview, such as:

Our lawyers can answer these important questions.

The police brief for charges such as making Bomb Hoaxes may contain complex forensic material. It is important to seek advice from an experienced criminal lawyer when charged with any offence, and this is particularly so in relation to this type of offence. Your criminal lawyer will assess the evidence in the police brief, request any outstanding material, engage independent experts to analyse forensic material, and of course assist you to defend the charge.

Our Bomb Hoax lawyers are trained Court advocates. We will allocate your matter to an appropriately experienced lawyer who will advise you of the risks of pleading guilty and represent you on a plea of guilty. Our lawyers will ensure the summary of agreed facts reflects your instructions. Our lawyers will also make submissions in Court to get the fairest outcome. 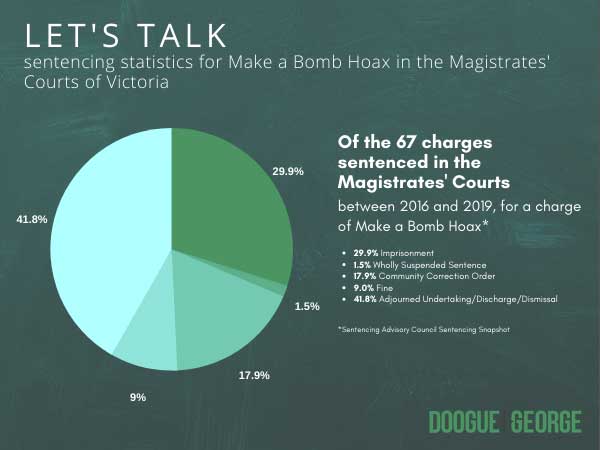 We had a client who did not want to sit an exam and so he contacted the school and said there was a bomb. He was otherwise a good young man and our Bomb Hoax lawyers successfully secured a without conviction sentence for him.

Maximum penalty and Court that deals with Bomb Hoaxes

Bomb Hoaxes is generally heard in the Magistrates’ Court.

As people get more worried about bombs the penalties for this offence increase. The Courts take it far more seriously than they would have 10 years ago.

The section that covers this offence is section 317A of the Crimes Act 1958.

What is the legal definition of Bomb Hoaxes?

Legally defined, Bomb Hoaxes means placing a device somewhere, or making a statement of some form, with the intention of making another person believe that an active bomb has been planted.

As people get more worried about bombs the penalties for this offence increase. The Courts take it far more seriously than they would have 10 years ago.