In Victoria, Aggravated Animal Cruelty is found in section 10 of the Prevention of Cruelty to Animals Act 1986. It is a criminal offence that is committed by a person who caused death or serious injury to an animal. The death or serious injury may have been the result of abuse, torture, being driven over, confinement, neglect, or poisoning.

Have you been accused of Aggravated Animal Cruelty? 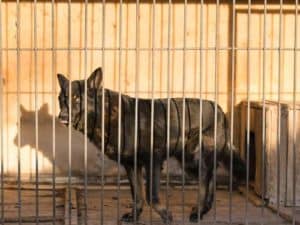 Have the police contacted you about your possible involvement in the death or serious injury to an animal? It is extremely important you seek legal advice if so. The police will want to interview you and what you say, or don’t say, in the interview can have limit how you run your case in court.

One of our experienced defence lawyers can advise you on how to best handle the interview process so that you do not harm any defences you want to run in court.

We recommend you contact our office for legal advice before attending a police interview to make sure you are prepared for the interview.

If you wish to contest an allegation of Aggravated Animal Cruelty, we can represent you through the court process. The advantage of using a firm which specializes in criminal defence work is that we know how to devise a defence strategy for you and how to challenge the admissibility of prosecution evidence.

Our lawyers are pro-active and will ask for the full brief of evidence and look for inconsistencies which can be emphasised at court. Our lawyers will also look for evidence which shows the prosecution is wrong which investigators may have over-looked.

If you wish to plead guilty to a charge of Aggravated Animal Cruelty, we can advise on the likely outcome we can achieve for you. We will advise you what needs to be done to have the best shot. This involves not only ensuring the charges and police summary are correct, but also gathering information about you to explain to the court why the offending came about. Offending can always be explained and put into context. 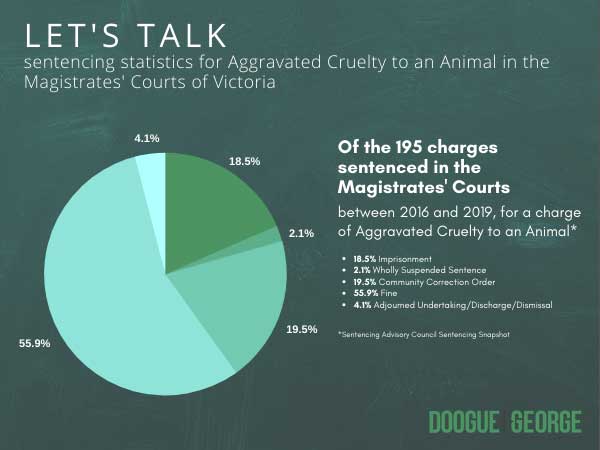 Aggravated animal cruelty will generally be heard in the Magistrates’ Court.

One of our clients, in company with 3 other teenagers, had stolen a cat and then strung it up on a bridge until it died. In the Children’s Court, the accused was charged with theft and Aggravated Cruelty to an animal. He was sentenced to 4 months detention in a Youth Training Centre.

We successfully represented our client to appeal against the sentence. The appeal was successful, and our client was re-sentenced, without conviction, to a probation order for 6 months.

What is the legal definition of Aggravated Animal Cruelty?

The legal definition of Aggravated Animal Cruelty is an act of cruelty to an animal that results in death or serious injury.

The section that covers this offence is section 10 of the Prevention of Cruelty to Animals Act 1986.

The following elements must be established in court for an accused to be proven guilty of Aggravated Animal Cruelty:

What are possible defences to an Aggravated Animal Cruelty charge?

Questions you might be asked in these cases include:

A range of sentences are available, from a fine for less serious offences to a jail term for the most serious. Jail terms are more common that they used to be for these types of offences.

Other information about Aggravated Animal Cruelty