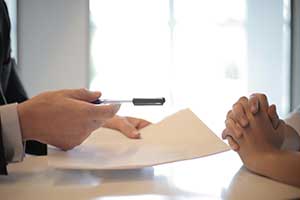 This article will provide some information on how the Spent Conviction scheme will work.

How does the scheme work?

People will have their conviction automatically spent for minor offences where the sentencing Magistrate chooses to exercise their power under the Sentencing Act 1991 to not record a conviction. This makes preparing for and conducting Plea Hearings more important because the benefit of a “without conviction” outcome will have a long-lasting benefit.

For people who are found guilty of criminal offences in the Children’s Court when they are under the age of 15 years, their conviction will be spent automatically. This includes children who commit serious violence offences and sexual offences or were sentenced to more than 30 months in youth detention.

Children under 18 years are eligible for the conviction to be spent automatically, if the Children’s Court imposes a fine.

Convictions Spent Automatically After a Period of Time

In cases where the Court imposed more than a fine, but the offence is not a ‘serious conviction’ offence (addressed below), the conviction will be automatically spent after 10 years for an adult and 5 years for a child. The conditions of this are:

Application for a Spent Conviction Order

A person who received a ‘serious conviction’ may apply to the Magistrates’ Court for an order that their conviction be spent if:

How is the Application Made?

A person can make their application to have their conviction spent in writing to the Court setting out:

Notice of the application must be served on the Attorney-General and the Chief Commissioner of Police.

The application can be determined by filing written submissions or the Magistrates’ Court may conduct a hearing. The hearing must be closed to protect the identity of the person making the application.

Our firm is experienced in making similar applications under other legislation and can assist you with your application. If you would like to know if you are eligible to make an application or would like representation, feel free to call us on 9670 51 11 to speak with one of our experienced lawyers.

Our firm campaigned for many years for a spent conviction scheme. We are very pleased it has passed as it will allow people, deserving of another chance, to make a fresh start.