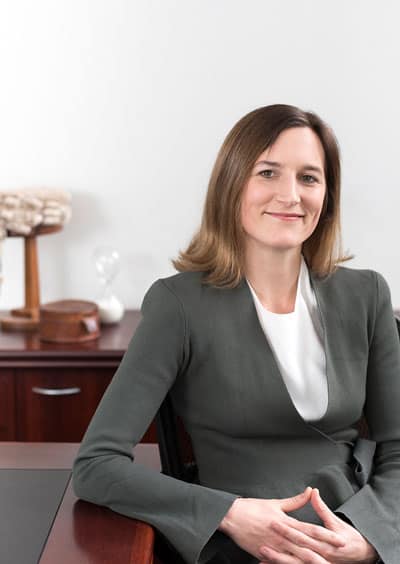 Hester was admitted to practice in 2014. Since joining Doogue and George in 2016, Hester has dealt with a broad spectrum of indictable offences including trafficking of drugs, sexual offences, violence offences and property offence.

More recently, Hester has been involved in quasi-criminal work through the Royal Commission into Protection and Detention of Children in the Northern Territory in Alice Springs. Hester has experience in matters at the Victorian Civil and Administrative Tribunal (VCAT) in Working with Children assessment applications.

Hester previously worked as Associate to His Honour Judge Howard in the County Court of Victoria, where she gained a broad range of experience in criminal law matters. Prior to joining Doogue + George, Hester practised as a solicitor advocate at a Melbourne based criminal law firm.

Hester graduated with Bachelor of Arts/Bachelor of Laws at Monash University, graduating with First Class Honours in Law.