Home » Human Rights » It’s Not About Novak, It’s About Us

It’s Not About Novak, It’s About Us

The article It’s Not About Novak, It’s About Us is written by Isabelle Skaburskis1, Senior Associate, Doogue + George Defence Lawyers. 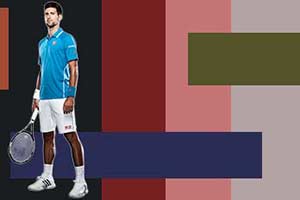 “He’s not some sort of criminal.”

These are some expressions uttered at the Australian Government’s treatment of Novak Djokovic. As a criminal defence lawyer, these comments ring true to me, but perhaps in a different way than they do for a Djokovic fan.

The parallel between this situation and the work that I do is that in both cases, appalling examples of government overreach are enabled by misdirected public attention focusing instead on the character of those affected. The object of public debate the world is seeing over these past few days has not been the shocking power that the Commonwealth government has taken for itself in the Migration Act, but how we feel about Novak Djokovic and whether he deserves such poor treatment or not.

Of course people will have their opinions about the conduct and politics of a high profile individual, and I’m not suggesting it should be otherwise. But conflating two separate questions of Djokovic’s personal politics and this government’s use of power deflects scrutiny away from the actual threat to the good order of Australia and onto a minor distraction, to our society’s grave detriment.

As a criminal defence lawyer, I have seen rights of accused or convicted persons eroded to the point where, in some cases, my clients’ treatment under the law bears no reference to the principles that legitimise the state’s power to deprive people of their liberty.

A person is innocent until proven guilty. A person has a right to reintegration and rehabilitation, to be afforded a just sentence commensurate to the gravity and circumstances of their offending, to be detained in a prison only upon a finding of guilt and the right to leave prison at the end of their sentence, to name a few foundational principles of criminal justice. And yet, Victoria’s bail laws, its draconian system of parole, mandatory sentencing and ever-expanding reliance on post-sentence detention and supervision, have skewed the criminal legal system in ways that are unprincipled, vengeful and unfair.

Governments succeed in these legislative cruelties because the people affected are “criminals”, not “us”. They are expelled from the community in the political rhetoric used to pitch these amendments to the public: protection of the community, implying that people who break the law are no longer members of our community. And because “rule breakers” have “done the wrong thing”, the electorate is happy to cast their vote against “criminals”; to hurt them, to take away their rights, to treat them with depersonalized indignity and send them away to a cage. Or banish them from the country.

It is by reference to the bad character of the “criminal”, the person who has broken the law, that we avoid our responsibility as citizens and members of society to assess how much freedom we actually want to give up for the sake of security and government control. And we are doing the same thing now when we talk about Djokovic’s deportation as though the issue was Novak’s politics, not the Migration Act.

The Djokovic affair, in a nutshell

At first the Novak Djokovic debacle in Australia was weirdly cathartic for me—the grotesque irrationality of a government swollen with power was exposed for all to see, the veneer of righteousness that attaches to the powerful would be shattered. No longer would these all-too-familiar examples of flagrant unfairness be kept to the confidential files and suppressed proceedings of a courtroom.

To review, this is how the government behaved:

The Minister maintained he was satisfied that Djokovic posed a threat to the health, safety or good order of the Australian community, and that it was in the public interest to prevent him from playing tennis in the Australian Open.

In coming to his state of satisfaction, it was accepted by the Minister that:

And yet, in his reasons, the Minister cites:

Ultimately, the Minister pointed his finger at Djokovic and struck him down, not on account of Djokovic’s own views or anything that he did or did not do, but because


It was on account of what 5% of the Australian public may or may not do on account of Novak Djokovic playing tennis in Melbourne, that he was banished for posing a threat to the health, safety and good order of Australia. It is hard to know if this was intended as a form of collective punishment of the unvaccinated, or a shrill squeal of intolerance and disdain, using Djokovic as a megaphone.

My stomach lurches at the hypocrisy of this government taking the moral high ground when it comes to maintaining the health and safety of its citizens in the face of Covid. This government that failed to provide vaccinations in a timely manner; to provide access to tests and a functional system of contact tracing; that abandoned its own citizens overseas and even banned their return to Australia.

This, from a party that has advocated vociferously for the right of religious people to discriminate against LGBT individuals and use hate speech against racial minorities, identifying as a threat to good order a person who holds minority views inconsistent with those of the government, even in circumstances where that person was not here to speak of them or advocate for any position, but to play tennis.

The government’s justification for deporting Djokovic lacks sense. And yet the power under s 133C is drafted so broadly that the Court was helpless to keep it in check.

Once again we are seeing an Australian government use brute (and brutish) force in the absence of competence or leadership. In trying to combat anti-vaccination sentiment in this way, the government has more likely reinforced the resolve of those who do not see themselves as anti-vax, but pro-freedom. The government somehow still hasn’t realised that bullying minorities into submission does not win them over but entrenches oppositional views to the point of radicalisation.

We need to rise above this

By assessing the merits of the government’s action by reference to the politics of Novak Djokovic, we are letting them off the hook again. We are apologizing for this embarrassing and counter-productive display from a government who lost once in court because of its bullying tactics, and came back with an almighty sweep of the hand to banish its opponent from the kingdom.

Even worse than looking past this irrational use of power, by participating in a discussion of Djokovic’s morality and “what he stands for” as the ultimate arbiter of whether the Minister was right or wrong, we are buying into the divisive rhetoric that the governments of Australia perpetuate, of an unvaccinated underclass who deserve to be treated with singular contempt—like the refugees, like the people who break the law. We must reject the government’s efforts to divide us.