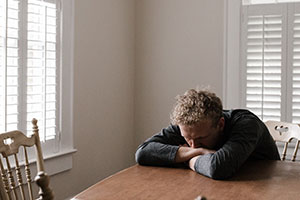 Someone charged and choosing to plead guilty to offences of family violence may well be concerned about sentencing for family violence offences and the possible penalties the court will impose. Offences involving family violence are being considered increasingly seriously by the courts in response to community attitudes and recommendations made by the Royal Commission into Family Violence conducted in 2015.

However, principles relating to sentencing must still be applied in an objective and just way. Courts are required to consider all mitigating factors before arriving at an appropriate sentence. This means that if somebody pleads guilty at an early stage, demonstrates remorse and a commitment to rehabilitation (including relevant family violence programs such as the Men’s Behaviour Change Program), they may receive a more lenient sentence. Contextualising the offending if possible, is important too, although this must be differentiated from the notion of providing excuses for offending of this type, as excuses are not readily accepted by sentencing courts.

The full range of sentencing options are available for family violence offences including with or without conviction dispositions, undertakings to be of good behaviour, fines, community correction orders and prison sentences. However, any significant offence of family violence will carry with it a risk of a more serious penalty.

Without conviction dispositions are possible

Recently, there was a case where a person pleaded guilty to an offence of recklessly causing injury in the context of family violence, and was sentenced by a Magistrate to a without conviction disposition and fine.

This person had never been charged by Police before and so did not have a criminal history.

The charges were negotiated with Police during a case conference prior to the court date. The person had initially been charged with several offences involving recklessly engaging in conduct placing a person in danger of death, intentionally causing injury and unlawful assault in aggravated circumstances. As the negotiations occurred at an early stage, the person preserved the sentencing discount for an early plea of guilty.

At the plea hearing the character references were tendered detailing the person’s remorse, efforts to address wrongdoing by engaging in rehabilitative services (including relationship counselling), employment history, and broader involvement in the community. Submissions were made about the lack of prior criminal history, the impact a conviction may have on that person’s employment and travel plans, and other relevant sentencing principles.

The way in which this case was approached, and the preparation of the material for the plea, ensured this person was well placed to receive an appropriate and favourable sentencing outcome.

Prison Sentences Are Not Inevitable

There was another case where a person pleaded guilty to offences of violence, including intentionally causing injury, unlawful assault, using a carriage service to harass, and breaching family violence intervention orders and was sentenced to a three-month prison term by a Magistrate. Although the offending was clearly regrettable, this was also a tough sentence, as the person struggled with poor mental health and alcohol abuse, had no criminal history, and had previously been employed in a position of good standing within the community.

Following the appropriate legal advice, this person appealed the sentence in the County Court at Melbourne. On appeal, a County Court Judge overturned the prison term and instead imposed a 2-year Community Corrections Order with conditions to complete community work and comply with therapeutic conditions to attend a range of medical appointments related to mental health and alcohol abuse.

It is useful to consider what made a difference in this matter and why a more favourable sentence for the person charged was imposed on appeal. The person who committed these offences pleaded guilty at an early opportunity, demonstrated genuine remorse, and engaged with relevant treatment and rehabilitative services prior to the plea and sentence (including family violence related programs). Poor mental health and alcohol abuse was identified by expert health practitioners as playing a part in the offending with steps being taken to satisfactorily diagnose and address these issues. The person had also refrained from any further offending and complied in full with the family violence intervention orders during the period between the initial sentence being handed down by the Magistrate and the appeal in the County Court. It is for these reasons, and others, that the court was persuaded a more lenient sentence was appropriate in all the circumstances, and a Community Corrections Order was finally imposed.

Anyone can be at risk of a tough sentence for family violence offences if the offending is sufficiently serious. But a tough sentence does not have to be the assumed or actual outcome. Most people are deserving of an opportunity to reform if it can be made available to them, and this benefits not only the person pleading guilty, but our community as a whole.

In cases where a person is facing charges of family violence for the first time, and does not otherwise have a criminal history, it is important to consider the impact a conviction may have, in addition to any other penalties. Submissions can be made about why a court should exercise its discretion not to impose a conviction in the circumstances.

In more serious cases of family violence, it is worth noting courts are required to consider prison sentences a measure of “last resort” and must not impose a sentence of imprisonment if there are other sentencing options available which will readily meet the purpose or purposes for which a sentence is imposed.

Presently, community condemnation of family violence means there is a higher level of scrutiny around offences of family violence. This means sentencing individuals pleading guilty to these offences can be a more involved exercise. It is crucial those charged with these offences seek the advice and representation of lawyers with specialised knowledge and experience to ensure the best possible outcome.