Home » Family Violence » Can I Appeal an Intervention Order or Change the Conditions?

Can I Appeal an Intervention Order or Change the Conditions? 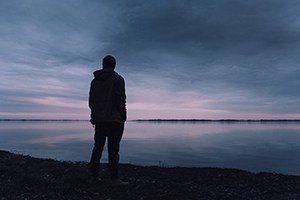 The short answer to both is ‘yes’.

Any ‘party’ to an IVO can appeal the Order.1 The approach may be different if you are the ‘Applicant’ or ‘Affected Family Member’ (‘AFM’) or if you are the ‘Respondent’ (the person who is bound by the conditions of the order). This article approaches the issue for those that are the Respondent.

Even if you decide not to appeal an IVO, you may apply to change conditions of the IVO such as the duration, the people who the IVO relates to if there is more than one AFM or some aspects of the contact conditions where you want to be able to have contact with the AFM, but still abide the conditions not to commit family violence.

Keep in mind that you cannot appeal an Interim Intervention Order (or the refusal by a Magistrate to impose an Interim IVO).2

Intervention Orders start in the Magistrates Court. There grounds for any appeal might include:

If you were not aware of the application for the Intervention Order as the paperwork was not served on you or brought to your attention, then you should seek a ‘rehearing’.3 This is different to an ‘appeal’ as you are simply seeking to have the matter reheard by a Magistrate, not appealing and Intervention Order. Each case will be different and it’s best that you get specific advice as soon as you become aware of a Final Intervention Order, as there may be an exceptional circumstance that would allow a rehearing in other circumstances too.

Appeal an Intervention Order to the County Court

If an IVO was finalised in the Magistrates’ Court and you seek to appeal it, then you can apply to the County Court to address one of the following bases:

If you disagree with the imposition of the IVO in its entirety (the refusal to make an Intervention Order) then it’s important that you are clear about the reasons as to why there should not be an IVO in place. It may be because, the Affected Family Member is not subject to an ongoing risk of family violence. This can even mean that the Applicant or the AFM is supportive of the appeal and revision of the IVO. Another common reason that may arise is if there are children listed as AFMs on the IVO who should not be on there.

If you are intending to appeal the decision of the Magistrate, then you must lodge (which means notify the County Court of your application to appeal the IVO) within 30 days of the Magistrates’ Court decision. If you have a matter where there is an appeal out of time (after 30 days), then you may still be able to have an appeal. It is best to get specific legal advice about the circumstances as to why it was not lodged within the 30 days.

The Final IVO from the Magistrate does not cease to have effect during the period that you are waiting to have your appeal heard in the County Court unless an application is made. Usually, the Magistrates’ decision remains with all conditions (except if you are appealing a counselling condition).5 However, you can apply to the Magistrate who made the Final IVO for either a stay (which means halting its operation) of the Final IVO until the appeal has been determined or for a certain decision or condition under that Final IVO to not go ahead pending the determination of the appeal.

If your appeal is in Melbourne than you will likely get a ‘first hearing’ date when you lodge the appeal paperwork. This first listing is like a mention where the Judge will need to know what matters are in issue and the reason for the appeal. Unlike in the Magistrates’ Court where there are hundreds of listings before the Magistrate each day, this first hearing in the County Court may be on a day when it is one of a very small number of other matters. So, it is incredibly important that you attend this hearing and be prepared for what the Court will want to know about your appeal. This is your last avenue for appeal, and you do not want to miss the date and risk the appeal getting struck out in your absence.6

If your appeal is struck out, you can apply to have it reinstated but you must provide reasons for your failure to appear. A Judge will then decide whether you can have another appeal hearing date and take into consideration if it was due to your fault.7

At the first hearing (mention) the scope of the hearing and issues are often narrowed. So the Judge will need to know if you are intending to call witnesses, whether you will be legally represented (as you are unable to cross-examine the AFM yourself) and other matters relevant to how the hearing will be conducted. You will then be given a date for the Hearing.

The County Court’s hearing will be conducted very similarly to a hearing in the Magistrates’ Court. The Judge will hear the evidence from both parties and make a final determination. The Judge can either:

If you are seeking assistance navigating your Final IVO call us on (03) 9670 5111 to speak with one of our lawyers.