Dementia and fitness to stand trial 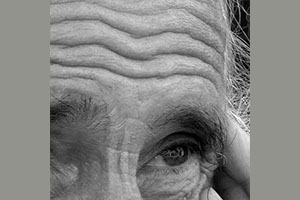 When dealing with cases involving fitness to stand trial, the matter usually relates to serious psychiatric illnesses and the accused’s inability to understand the process of a trial and to participate in any meaningful way.

What about dementia patients, however? They do not have a psychiatric illness, and often their issue is organic. In the prolifically prosecuted world of historical sex offences, where offenders are asked to defend cases of sexual abuse that occurred sometimes more than 40 years ago – how do they do so when they are now in their 70’s and they don’t remember what they had for breakfast?

We recently ran a fitness argument for a gentleman in his mid 70’s. He attended our office after receiving charges that dated back to when he was a young man in his early 20s. When speaking to him, it was clear that something just wasn’t quite right. After a number of conferences with him and his wife, we had him assessed by an experienced neuropsychologist as we believed there may be an organic reason for his inability to give us proper instructions. Turns out, we were right.

Her testing and assessment revealed that he was suffering fronto-temporal dementia that had, until then, gone undiagnosed. This became the central issue in the trial – did his dementia render him incapable of actively participating in his trial and understanding the process, the effect of the evidence and the outcome?

The criminal process is a lengthy one, and as time progressed, his condition degenerated. The Crown contested the evidence, had him assessed by their own neuropsychologist who also found that he suffered from dementia, but to a lesser extent than that our expert found. It then became a stoush between them as to how significant the dementia was affecting his ability to give proper instructions and participate in the trial process. When they couldn’t agree, the Court intervened (by its own motion) and ordered an MRI from a geriatric neuropsychiatrist. The scans revealed physical signs of a brain injury.

And, so proceeded the fitness trial. The jurors were empanelled, 3 experts gave evidence all agreeing that he suffered from dementia that affected his memory, his reasoning skills, his ability to retain new information and process it. The jury heard that he faced charges of indecent assault against two boys 45 years ago. They looked suitably horrified. Despite the now near total consensus amongst the experts, they found him fit to stand trial. Have you ever seen a judge and both sides of the bar table nearly fall off their chairs in tandem?

So, what were we to do when a jury made a finding that was essentially against the evidence before it? We made an application to permanently stay the proceedings. In the meantime, his condition continued to degenerate.
Stay tuned, we’ll keep you up to date with the progress on the success of our application.