The benefit of undergoing drug treatment before pleading guilty

The article The benefit of undergoing drug treatment before pleading guilty is written by Doogue + George Defence Lawyers. 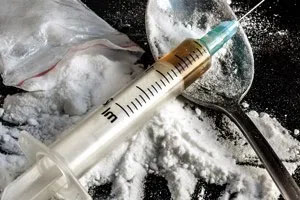 It is widely known that there is an alarming correlation between crime and illicit drug use.

Here, I’d like to address the correlation between the probability of a positive sentencing outcome and people who have taken steps to address their drug use/addiction by attending counselling or residential rehabilitation prior to their plea hearing.

It should be stated from the outset that counselling and rehabilitation clinics can be expensive and may not be a feasible option for everyone. However, if it can be afforded, the investment does pay dividends.
Sentencing is a complex and unenviable task that judicial officers must perform. They are guided by section 5 of the Sentencing Act 1991 (Vic) which mandates that sentences must:

Generally speaking, sentencing Courts will reward those who take control of their drug addiction and seek rehabilitation. This is because the Courts recognise that it is a far better outcome for the community if an offender addresses the cause of their offending rather than sentencing people to terms of imprisonment. Which (in most cases) only offers a temporary solution and can often exacerbate the underlying causes of substance abuse issues. To prove this point, I have located some judgments where the Courts have rewarded offenders during sentencing for attending rehabilitation clinics on their own volition.

I will begin with the sentencing remarks of Judge Mullaly in Director of Public Prosecutions v Coutts [2017] VCC 1322. In this case, the offender pleaded guilty to six counts of theft of firearms, which is a serious crime. Far too often the Courts must deal with the consequences of people who use firearms to commit offences. At paragraph 7, the Judge commented:

I agree with your counsel that remaining free of drugs is central to your ongoing, indeed permanent, rehabilitation. Thus, I must do what I can to facilitate abstinence from drugs while at the same time, giving proper weight to denunciation and deterrence.

His Honour went on to say at paragraph 11:

[G]iven your significant steps towards reform, your insight and return to the stability of the family home and employment, now is the time to seize the moment; a phrase used by experienced appellate court judges in the past…. Little will be achieved and in fact, with the inevitable loss of employment, much will be put at risk if you are returned to prison now.

The offender was ordered to complete an 18-month Community Correction Order, which is a punishment served in the community, with 108 days reckoned as time already served.

Time spent at a residential drug rehabilitation clinic will be credited for the overall sentence received in recognition of the punitive nature of such a residency. This reasoning was introduced into Victoria by the seminal case of Akoka v The Queen.[1] The Court of Appeal in this case held:

As has been demonstrated in the present case, residency at a rehabilitation facility has the potential to significantly assist an offender’s rehabilitation. In particular, such residency may assist an offender o overcome drug dependency and other factors that have contributed to his or her offending and to develop strategies for becoming a law-abiding citizen. These outcomes benefit not only the offender but also the community. It is in the interests of the community for offenders – particularly young offenders – to reform and make positive contributions to the community rather than spend their lives in and out of prison for increasingly more serious offending.

This reasoning was followed by the County Court in Director of Public Prosecutions v Del Nigro[2] which credited the offender for time spent in a residential rehabilitation clinic under strict conditions.

This approach was adopted from other jurisdictions. In New South Wales, the Supreme Court of Appeal formed the view that the sentencing judge made an error by refusing to into account the time the offender had spent in a residential rehabilitation program. James J said:

If an offender was participating in programs the conditions of which amounted to conditions of quasi-custody, then the offender should not, in my opinion, be disentitled from obtaining credit in sentencing….[3]

Similarly, the Supreme Court in the Australian Capital Territory ‘regularly recognises that time spent in specialist residential drug rehabilitation and other confinement, can wholly or partly taken into account’.[5]

The Courts justify this reasoning because:

There is evidence that, although there are no locked doors, the programme does not permit a resident to leave the Odyssey House premises for some nine months except for Court appearances and to satisfy conditions of bail. Family visits are then permitted at Odyssey House itself, and next home visits are permitted provided that the resident is accompanied by a minder.[6]

After reviewing the relevant case law, the benefit of taking positive steps towards rehabilitation regarding Court outcomes is self-evident. It is something which should be carefully considered before a plea hearing. If a bed at a residential rehabilitation clinic can be secured before the plea hearing, it is open to the Magistrate or Judge to defer sentence to allow the person being sentenced to demonstrate to the Court that they are open to treatment, providing a stronger argument why prison is not warranted.