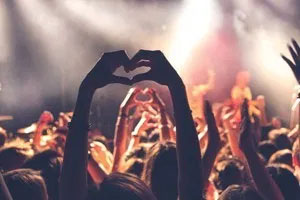 Drug use and music festivals seem married to each other. Like two peas in a pod, they are inseparable. One of those things that has been going on since the first person stood on a rock in a field with a lute or violin… Or whatever woodwind instrument was turning heads in this very vague historical period. As the music drifted over the hills and through the valleys, people put down their axes and swords, put some snacks and drinks in an esky (yeah, esky) and began moving toward the sound.

When they got there they relaxed in the sun. Some conversed, some danced, some drank water, some drank wine and a couple of freakydeeky customers used the opportunity to take recreational drugs.

Fast forward to the slightly more historically accurate present and nothing has changed. Music festivals are a big deal for people of all ages and all interests. And just a big deal generally. Anywhere from hundreds to thousands to many thousands of people head to their chosen festival for a sensory experience.

At these festivals you will see people smoking, drinking, eating, spewing, lining-up, having fun, not having fun and at some point you will see someone that is probably on, taking or selling drugs.

But let’s not talk about drug dealers right now. Let’s focus on the drug takers. One issue with the illegality of drugs is the impact it has on their quality control. There are websites such as ecstasydata.org which can help prospective users get a better understanding of what they are about to take and what they can expect it will do to them. BUT younger people make all kinds of mistakes all the time, even when a website like this are only a click away. Or more likely they make a quickfire drunken decision to buy something from an opportunistic bad person who is knowingly selling bad stuff.

A really, really, really sad reality is that this drunken decision can result in a death. Recently a young girl died of a suspected ecstasy overdose at a festival. And most recently in Victoria, the Rainbow Serpent festival has seen a number of people hospitalised for suspected drug overdoses. Pill testing won’t fix everything immediately. But it will form part of a scaffold that can create a responsible, transparent, honest, understanding and realistic dialogue about drug use.

With an open, safe and accessible pill testing rhetoric attached to music festivals the young girl’s death might have been avoided; she might have felt confident enough after buying the drug to then approach a pill testing station, have a normal conversation with a trained worker about what the pill was and what she can expect. Then, aware of the risks and consequences, leave the station with her drugs (provided it was generally speaking, okay). OR she buys it, wants to check it, checks it, see it is no good, throws it in the bin. Life saved.

Pill testing empowers the person, operates as a check and balance for people selling and acts as a really solid tool to broadly minimise harm. You might not like drugs, you might not understand them, you might have been negatively affected by them. Unfortunately they will never, ever, ever not be used recreationally. So lets be pro-active and do our best to avoid an unnecessary death. And hey Mr Conservative – there is a chance you drink a whole lot of alcohol and are maybe even knowingly over prescribed medication.

Let’s meet these kids in the middle. Break bread and have a conversation. Use your wisdom for good!