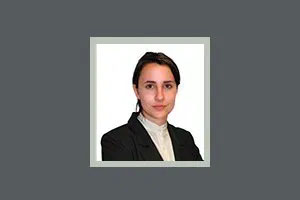 Lidia Grace. Middle names are usually overlooked, revealed only if conversation permits (personally, only under duress) or if someone catches a glimpse of your official documents. Some people don’t have one. Lidia’s middle name, Grace, is unequivocally befitting.

Lidia arrived at Doogue + George in 2010 with a confident stride. Equal parts brilliant, considerate, courteous, assiduous and modest, Lidia was quick with a quip and would spontaneously bust an arm-flapping dance move if she thought it would bring a smile to your face.

Three weeks ago, we had to say goodbye to our dear friend. In an ungracious and unfathomable move by the fates, Lidia slipped suddenly into a coma and passed away on Monday 22nd July. She was thirty years old.

Our thoughts are with her family and her partner, Jim Mitchell at this time.

Born and raised in Western Australia to parents Michael and Maggie, Lidia joined David and Ambrose as the third child in the Scafidi family, followed by younger sister Chiara.

Lidia attended the University of Western Australia and was conferred a Bachelor of Arts and a Bachelor of Laws. Her major in the Arts was Italian and she also devoted time to literature, a love which she continued to foster throughout her life. She was well read and well-travelled. During her undergraduate studies, she moved to Denmark to study for a year and would later live and work in New York as a Judge’s Associate.

Lidia moved to Victoria in 2008, residing in and around the inner-northern suburbs.  Although not a native Melbournian, she loved to dine out and had an encyclopaedic knowledge of the restaurants and alleyway bars of our town, each of us, at one time or another, a beneficiary of her recommendations. Lidia was a wonderful raconteur, her tall stories infused with a sense of wicked fun.

Taking up an Associateship at the County Court in 2008, Lidia worked with his Honour Judge Parsons before assisting her Honour Judge Rizkalla in July 2009.  During 2009 and 2010, she was Associate to his Honour Judge Punshon. Lidia looked back on her years at the County Court with particular fondness. She was dedicated to serving her Judges and spoke with reverence of their work and of the advocates that appeared in their courtrooms. Practitioners that dealt with her in that role were appreciative of her professionalism and knowledge of the inner-workings of the Court.

Following her Associateship, Lidia was admitted in the Supreme Court of Western Australia in August 2010. Driven to providing assistance to the downtrodden and the marginalised, which would prove a theme throughout her work, she took a position as a criminal defence lawyer with Doogue + George (then Doogue & O’Brien). The balance of her career was served with the firm and she also volunteered with the Women’s Legal Service.

Lidia was an accomplished instructing solicitor. Although her career was in its relative infancy, Lidia’s practice saw her make numerous important contributions to the criminal law in Victoria.
Notable matters Lidia was involved with included:

The latter was one of her happiest achievements, which she shared with Carmen Randazzo SC and Daniel Sala. Lidia managed all of these matters whilst also maintaining her busy summary crime and trial practice. She was a compelling advocate – her wit and courage meant that she was impressive on her feet.

One of the last major bodies of work produced by Lidia was Khalid Baker’s Petition of Mercy. She singlehandedly prepared the earlier High Court Appeal in the matter and instructed Michael Croucher SC (now of the Supreme Court) and Lachie Carter. The conduct of the appeal and the petition saw Lidia painstakingly deal with vast volumes of depositions and legal authorities. This work was undertaken on a pro bono basis.

With John Desmond and Richard Edney, Lidia took on Peter Dupas’ most recent appeal to the Court of Appeal.  Also on a pro bono basis.  While the appeal was not upheld, the Court’s judgment has had important consequences in a number of areas.  Indicative of her unshakeable belief in the importance of access to justice, her carriage of the matter (amongst others) has seen her shortlisted for this year’s LIV Access to Justice Award. She would have been a worthy, if somewhat humble recipient of the Award. Lidia would downplay her work and modestly accounted her achievements.

Lidia’s humanity, her drive and her intellect were widely respected by the judiciary, other defence lawyers, prosecutors and police members alike. Perhaps most importantly, she was admired by her clients and their families. Her humour and ability to connect with people from all walks of life were particular features of her personality.

Lidia embodied grace and aplomb. Her untimely passing leaves a legacy that her family would be honoured by and all of us that knew her privileged to be a part of.