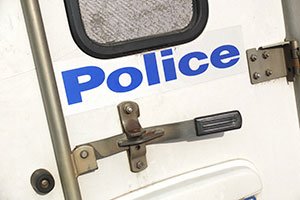 The most obvious problem with the newly proposed offence of grossly offensive public conduct is its inherent uncertainty. The impossibility of knowing in advance what kind of conduct you could go to jail for means this proposed crime violates the rule of law.

The subjectivity of what constitutes “grossly offensive” conduct will invariably mean once charged, the case will (or should) run to contest on nearly every occasion, exacerbating already over-burdened courts.

Its inherent subjectivity will lead to discriminatory practices that favour preferred members of society like police officers, and prejudice minorities and people already vulnerable before the law.

But there are so many other problems with this proposed law as well.

Firstly, it is unnecessary. The criminal legal system is already equipped to deal with the moral culpability of a person who commits a crime. Some crimes are more repugnant than others and a person’s conduct surrounding the crime and the degree to which their moral depravity was wilful and deliberate is part of every single sentence imposed for every single crime.

All offending is offensive…

In fact, if something doesn’t “grossly offend community standards of acceptable conduct” it should not be a criminal offence resulting in a term of imprisonment.

A separate offence of “grossly offensive conduct” is a catch-all provision that will be used in one of two ways.

Either it will be used as a garnish to a charge sheet containing family violence charges, offences against police, or child sex offences, for example.

It will create a risk of duplicity in any sentencing exercise: a court will have to assess the moral culpability of the offender for the principle charge (of, say, producing child exploitation material), and then sentence separately on certain other aspects of the offending that constitute the other charge.

If the charge of grossly offensive conduct is not charged, arguments will take place, or should take place, about whether the court can consider post-offence behaviour as an aggravating circumstance in sentencing or whether that would be an error because that conduct would amount to a separate and uncharged offence.

The other way the offence might be used is when someone engages in conduct that normally would not constitute a criminal offence. It would be something that the media could sensationalise—like behaving poorly towards a police officer or public office holder, or someone backed by a strong victim’s rights lobby group. Or maybe a person who marches on Parliament carrying a model gallows. Or fights over toilet paper in a supermarket in the throes of a public emergency.

What amounts to criminally offensive conduct is totally subjective, despite the drafting that pretends an objective standard can exist. This is where the offence of grossly offensive conduct becomes fundamentally political and a person’s access to justice will be tainted by media and public opinion. Whether a person’s behaviour, indeed their personality, is lawful or not will depend on the media, the informant, the prosecutor, or the Magistrate on the day. It will invariably be used as an additional punishment meted out by police against accused they take issue with, who give a no-comment interview, who have a lengthy criminal record, or form part of a racial or other minority.

The offence of grossly offensive conduct will not be used against, for example, police officers who beat, stomp or shoot mentally ill people without charge; or politicians who say hateful things about minorities and asylum seekers; or corporations who hoard supply of essential goods in order to push up the consumer prices; or people who make false complaints to police to satisfy a personal vendetta and force innocent people to stand trial.

The government must start to accept that there are some things that we may not like, that may not be what we want to see in people, but that should not form part of the criminal law. Our criminal law has already been stretched and distorted beyond recognition due to the government’s commitment to forging a police state, but this offence represents a new trajectory.

We have seen a rise in regulatory offences where more and more people are going to jail for violating personalised legal scheme in the form of bail orders, intervention orders, SORA orders, supervision orders, community corrections orders—for conduct like going out at night, moving house, responding to a text message, failing to report a Facebook page made 10 years ago and never used.

We have seen a rise in preventive detention and the criminalisation of risk, resulting in prison sentences for people whose offending caused no actual harm but could have, and post-sentence orders for people who may pose a risk in the future.

And now we are seeing something new, in the lead-up to an election, to win people’s votes by promising incarceration.

Not long ago we saw the bafflingly irrelevant criminalisation of the swastika in certain circumstances (with a carveout for police, and for swastika tattoos). We have also seen prevarication and delay in repealing the other moral offence of public drunkenness. And now we see the criminalisation of improper behaviour point blank, proposed by a police officer’s husband who is himself a former police member.

Enforcing notions of proper or improper behaviour with threat of criminal sanction is itself offensive. It offends against liberalism. It offends our social unity. It offends against a conception of humanity that recognises that we are all flawed and there are times when each of us is ugly, and no one person stands above another in that regard.

People are all different. Some people struggle; some people don’t express themselves well; some people are unpleasant; people behave strangely in moments of extreme stress. Criminalising this will not stop it. It will only cause every single person in Victoria to feel constantly anxious about when they might be seen by someone else to cross the line.