Will I lose my license? Your Victorian drug driving questions, answered 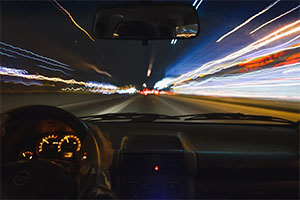 Receiving a drug-driving charge can be a devastation experience. It also raises a number of concerns about penalties, criminal records and the impact on your driver’s license.
Here are your Victorian drug-driving questions, answered.

What counts as ‘drug-driving’?

A number of offences listed under s49 of the Road Safety Act 1986 (Vic) deal with drug-driving, including:

What can be detected and for how long?

Police use a saliva testing device called DrugWipe® to test for certain illicit drugs. These include cannabis, methamphetamine (ice) and ecstasy (MDMA).

According to manufacturers, saliva tests will detect cannabis (D9-THC) up to 10 hours after use whilst ecstasy (MDMA) and methamphetamine (ice) can be detected up to 24 hours after use.

A blood test may be taken if a person has been involved in an accident or is noticeably impaired.

Blood tests have slightly narrower windows for detection with up to 6 hours for cannabis (D9-THC) and 20 hours for ecstasy (MDMA) and methamphetamine (ice).

It is a separate offence to refuse to undertake a test if a police officer is legally permitted to request you to take one.

What about other drugs?

You can still be found guilty of a drug-driving offence for other drugs (including prescription drugs) if police believe you were impaired by a substance whilst driving or in control of a vehicle.

Police will give you a drug impairment assessment to determine if you are impaired.

If a police member concludes you are impaired you may be required to undertake a blood or urine test for drugs.
It is a separate offence to refuse to comply with a drug impairment assessment.

Can I fight the charge?

There are only a limited number of defences available for drug-driving charges, but could arise if there is evidence that:

Will I Go to Jail?

It is highly unlikely that a first-time drug driving offence will result in a term of imprisonment. However, subsequent offences may increase the risk.

The most common penalty for a drug-driving offence is a fine along with a period of license suspension or disqualification.

Under the law, fines are listed as ‘penalty units’, at the time of writing 1 penalty units is equal to $165.22.
The maximum penalties for driving under the influence [s.49(1)(a)] are:

The maximum penalties for driving while impaired by any type of drug [s.49(1)(ba)] are:

Will I Lose My License?

If you are convicted of a drug-driving offence your license will be suspended or disqualified for some period of time.

Unfortunately, it is mandatory for a Magistrate to impose some period of either suspension or disqualification on your license.

A suspension of your license means you cannot drive during a certain period of time, but you can drive once the period ends.

If you received an infringement notice or “on the spot” fine for drug driving, your licence may be suspended instead of cancelled.

Serious offences apply to driving whilst suspended or disqualified.

How Do I Get My License back?

If your license has been cancelled for a drug-driving offence you will need to apply to the Magistrates’ Court to get a Licence Eligibility Order before VicRoads can reissue your licence.

You can only obtain a Licence Eligibility Order after your period of disqualification has ended.

You will need to organise a Licence Eligibility Order court hearing, where you will be asked a number of questions by a Magistrate who will decided whether to issue the order.

You may need to supply a number of documents to the Court including evidence of completion of a relevant behaviour change program, relevant medical reports and a record of your driving history.

If an order has been made you will then need to visit a VicRoads Customer Service Centre to have your license reissued. You will need to supply:

Will I have a Criminal Record?

Unfortunately, all findings of guilt for drug-driving offences in the Magistrates Court will come up in a police check.

Still have some burning questions?

Our lawyers are drug-driving experts, get in touch!