The article Why it’s Best to Get a Specialist Lawyer for Sex Offences is written by Kristina Kothrakis, Partner, Doogue + George Defence Lawyers. Kristina is an Accredited Criminal Law Specialist and a Recommended Lawyer in the Doyles Guide, appearing on a daily basis in the Magistrates’ and County Courts of Victoria on pleas of guilty, pleas of not guilty, committal hearings, bail applications and appeals. Kristina’s primary areas of expertise include sexual offences, white collar crime, drug trafficking/importations, as well as representing clients on all summary charges. 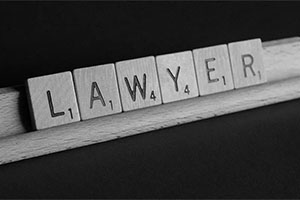 Being accused of rape or sexual assault is a distressing experience and choosing a lawyer for sex offence charges can be incredibly difficult.

Sexual offences are a specialist area of criminal law requiring tailored defence strategies which consider unique rules of evidence, the sensitives of complainants and an understanding of likely outcomes.
Here are some things to consider.

Sexual offences are incredibly complex and early preparation is key. This is particularly the case when a false complaint has been made.

Gaining early information about the nature of a complaint and the complainant is crucial to ensure accusations can be contested.

Early evidence gathering is used to anticipate issues at trial, including:

There are many potential defences to charges of rape and sexual assault. These include:

Lawyers who specialise in sexual offence matters understand the nuances of putting forward this sort of defence to a rape charge. This includes an understanding of the kind of evidence required to substantiate your case.

It’s crucial that your defence lawyer understands what is and isn’t allowed in preparing a case for trial.
This can include preparing specialist applications to admit certain forms of evidence that help your case and exclude evidence that hurts your case.

For example, in Victoria evidence of a prior conviction of a sexual offence can only be admitted at trial (for either a tendency or coincident purpose) if it has “significant probative value which substantially outweighs any prejudicial effect it may have on the defendant”.

Sexual offences are one of the most stigmatised offences to be charged with. There is a large amount of cultural pressure for police and prosecutors to believe the complainant and secure a conviction.

Whilst it’s incredibly difficult for victims of sexual abuse to report matters to police, it’s very easy for liars. A specialist lawyer understands the nuances of conducting a case given the current climate. This involves treating complainants with respectfully whilst conducting robust cross-examinations to test the evidence and expose liars.

It requires an in-depth understanding of the potential causes of false accusations, including issues with memory, personality disorders and mental health issues.

Our lawyers have secured many wins against accusations of rape and sexual assault, including hundreds of committal and jury trials.

To help you understand your options further, we have prepared a lengthy document about ‘Dealing With Allegations of Sexual Assault’.

Don’t delay in getting advice on current or anticipated charges, contact us.