Home » Criminal Law » Why do people confess to things they did not do? The interesting case of the police officer who could not stop confessing

Why do people confess to things they did not do? The interesting case of the police officer who could not stop confessing 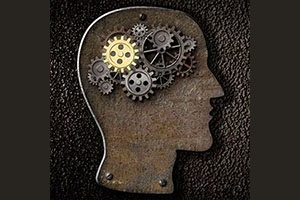 When it comes to confessions, from a legal point of view, the key issue is their truthfulness and the related issue of people’s ability to recall their memories. According to the recent studies people regularly tend to confess to things they have never actually done.

Over the years, many psychological experiments have been conducted regarding planting memories. In some, participants were asked to recall different memories after being regularly presented with three or four factual scenarios, one of which false. After a series of interviews more than 20% of the participants confirmed the false event had happened because, in essence, they had created false memories.

People can genuinely believe they have done something, even if they actually don’t have strong memories about it, or they don’t have any memories at all. Many of the Innocence Project cases in the US are underpinned by false confessions.

In our experience as criminal defence lawyers, we know that another strong reason for false confessions is coercion and/or inducement by the Police. Has any criminal lawyer not had a client confess to crimes on the basis they will be released on bail?

You may have heard about the case of Paul Ingram, the US police officer who could not stop confessing after denying every allegation initially. This was a case that drew a lot of attention to false memories.

Paul Ingram was accused and in 1988 was arrested for sexually abusing his two daughters. Later in 1996 he was accused by his son of sexual abuse. Although Ingram denied everything in the beginning, he changed his mind after being subjected to interrogations by other police officers. It seemed their suggestions that Ingram had committed child abuse were soon adopted by him, because he started confessing to child abuses, rapes and to even more outlandish behavior such as Satan-worshiping rituals which included murders of 25 babies.

Memory researcher Dr. Richard Ofshe was brought in and asked to interview Ingram. He soon began questioning if any of Ingram’s confessions were true and conducted an experiment to see if any of Ingram’s memories were real. A story saying that Ingram forced his son and daughter to have sex with each other while he watched was entirely made up (and confirmed with both son and daughter that it never actually happened).

What happened next was what convinced Ofshe that the confessions of Paul Ingram were a result of false memories.  At first Ingram, denied the memory, but in a couple of hours he started believing the memory, began generating more false memories and, in the end, he wrote a three-page confession to a crime he, demonstrably, never actually committed. The false memories were implanted with suggestion, as unbelievable as it may sound, and the pressure during the interrogations just sped up the process probably because of Ingram being extremely suggestible and labile. Ingram remained in jail and did a long term despite the doubts surrounding his guilt.

So, how should we consider someone’s confession when it comes to a criminal case?

With a fair degree of skepticism if they later deny it and there is no independent corroborative evidence.

It does not seem like it is very hard to manipulate some people to confess a crime.

If you would like to know more about false memories and the case of Paul Ingram, the following article is interesting reading: Implanting False Memories: Lost in the Mall & Paul Ingram