Why a ‘soft’ approach is often better for young offenders 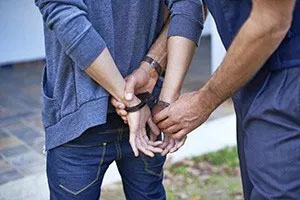 To kick off Victoria’s first ever Youth Week the Andrews Government has announced more police resources to help throw young people in prison.

The establishment of Youth Specialist Officers within Victoria Police is not an intervention designed to reduce offending amongst young people (which is declining anyway), but to sure up the Victorian government’s ‘tough on crime’ credentials in the lead up to the November election.

There is a reason why criminologists and policy experts recommend a ‘soft’ approach on youth offending rather than the classic ‘lock em up’ narrative we often see pushed in the media: it works.

Whilst the media narrative calls for young offenders to get a good kick up the backside via a stint in prison in order to change their ways, the evidence indicates the exact opposite.

Young offenders who are incarcerated are more likely to develop behavioural and mental health problems, putting them at a higher risk of reoffending. This is particularly the case for Indigenous young people.

Moreover, young people are heavily influenced by their peers – which in prison includes individuals with strong anti-social tendencies. This is particularly strong regarding discussions of placing young offending in adult prisons: a move which would see impressionable, status-seeking teens in with the worst role models imaginable.

What Works With Young People

Well, this is where allegations of being ‘soft’ are likely to be made: sometimes the lightest interventions – such as diversion or a formal warning – are the best.

Most young offenders grow out of their anti-social behaviour or change course following a brief interaction with police. The power of a simple warning can’t be underestimated: young offenders in Victoria who receive police cautions were less likely to reoffend that those who are charged with an offence for the same conduct.

For young offenders who are at a higher risk of reoffending or who are violent: tailored, structured and non-punitive interventions are most effective. These can include therapy to deal with anger or attention issues or to teach constructive problem solving skills. If alcohol or drugs are a factor in offending, these substance issues should be dealt with along with the ‘criminogenic’ factors playing a role in offending.

Tailored interventions such as these are very unlikely to work effectively within a prison-setting and are better conduct via a diversion program or – for more high risk cases – undertaken as a condition of a youth court order.

To put it simply: incarcerating young people merely creates troubled, more anti-social adults more likely to commit crimes and should be avoided at all costs.

Given the evidence suggests diversion and therapeutic centred programs are best placed to manage young offenders, there is a real risk that a ‘crackdown’ of youth crime could, counterintuitively, increase crime.
We need to be smart on criminal justice policy and follow the evidence, even if the solutions don’t feed the ‘tough’ narrative pushed by others.