Home » Criminal Law » What are the defences to a rape charge?

What are the defences to a rape charge? 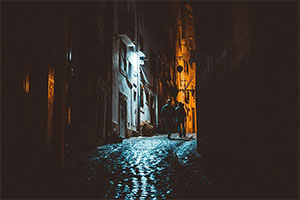 Being charged with a serious sexual offence, particularly rape, can be devastating. In order to understand your chance of beating a charge, it’s important to look at the defences to rape that may be available. Here is what you need to know.

Charge of Rape in VIC

The offence of rape is outlined under s 38 of the Crimes Act 1958 (VIC) which states that a defendant (the person charged) commits an offence if:

The term ‘sexually penetrates’ includes a variety of sex acts including penetration of a vagina or anus with any object or oral penetration with a penis.

There is also a separate offence under s 39 for compelling a person to sexually penetrate another.

Available defences to a charge of rape include:

A defence to rape may be available that the defendant not sexually penetrate the complainant and that a false accusation has been made.

False accusations could be made for a variety of reasons, including mistaken identity (either due to false memories or inaccurate eye witness identification) as well as for vindictive reasons.

Mistaken identity and vindictive accusations can be challenged during the cross-examination of the complainant during committal proceedings or at trial.

A rape offence will not apply if there is evidence that the complainant consented to the sexual penetration. Section 36 of the Crimes Act 1958 (VIC) provides a broad definition of consent regarding sexual offences as ‘free agreement’.

Consent can be given verbally or expressed by actions.

Moreover, a person who is asleep or unconscious during a sexual act cannot be said to have consented.

Finally, a person cannot be said to have consented to sexual activity if so affected by alcohol or another drug so as to be incapable of giving or withdrawing consent.

If a complainant did not consent to sexual penetration, but the defendant held a reasonable belief at the time there was consent, a rape charge cannot be made out.

Reasonable belief will not apply if the defendant:

Nevertheless, if there were reasonable grounds to believe a complainant was consenting at the time of sexual penetration, this may act as a full defence to a rape charge.

In cases of voluntary intoxication with drugs or alcohol, a defendant’s knowledge of consent is analysed from the perspective of a reasonable, sober person.

Under s 50H of the Crimes Act 1958 (Vic) it a defence to a sexual offence charge if the defendant also did not consent to the sexual act.

This can occur if the defendant performed the sexual act because of a threat or if they were involuntarily intoxicated with drugs or alcohol (such as if their drink was spiked).

If you have been charged with a sexual offence it is crucial that you get in touch as soon as possible to ensure your best defence.

Get in touch with a defence lawyer and discuss how we can help you.