What are the Consequences of Being Found Guilty of a Crime? 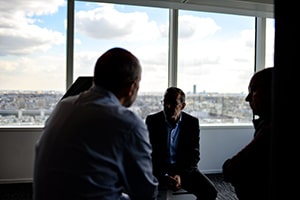 I often see self-represented people accused of criminal offending in the Magistrates’ Court. They appear bewildered and stressed as they try to work out who to see about their criminal matter and how to deal with it. They bounce between the registry counter, the Legal Aid duty lawyer office and the police prosecutor summary case conferencing rooms. These people seem to be primarily focused on spending as little time as possible at court and avoiding the need to come back. The most straightforward way to achieve this is to enter a plea of guilty and finalise their matter at the first mention hearing, and this is often what occurs. Their matter gets called on in court, they walk uncertainly up to the bar table, the court process happens around them and a look of relief floods their face when they receive their sentence and are told they do not need to come back. It is important for people in this position to realise that they have just been found guilty of a crime. There are significant short-term and long-term consequences that flow from a finding of guilt against you.

The obvious short-term consequence of being found guilty is that you will have to discharge your sentencing obligations. This could mean paying a fine, not driving for a period of time or being subject to a ‘Community Corrections Order’ where you might need to complete unpaid work among other obligations. If you are less fortunate than the hypothetical person in the first paragraph of this blog, you might even be sentenced to a term of imprisonment.

The unpalatable consequences of pleading guilty to criminal offending do not mean that a person should never do so. In many cases the evidence against them will be strong and the correct decision is to plead guilty at an early stage and reduce the sentence they will otherwise receive. Deciding whether or not to plead guilty should however be an informed decision made after receiving legal advice, not a hurried decision made at court.