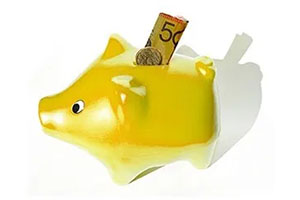 Recent changes to Victoria Legal Aid funding mean that fees will only be paid for two half days of instructing for solicitors in a trial. That means that the instructor will be there to help pick a jury but probably not much else.

Given an average trial runs at least 5 days it gives some indication of how diminished that role has become.
Leaving aside the rights and wrongs of the way VLA is dealing with their financial shortfalls (on which there are  many opinions) it is a very sad decision for those who believe in a fair justice system in Victoria.

Victoria has had a very fair justice system and to me that is a sign of a civilized society. The diminishing of the rights and the advocacy for people who are at trial affects us all.

It represents, for the first time in my many years of practice, that there is a clear and vast divide between the quality representation of a private client and a legally aided client in Court.

And now, as of 2013, a legally aided client no longer even appears to have the same level of representation as a private client.

The difference? Every private trial will have an instructing solicitor assisting the Barrister.

It might be some people’s opinion that an instructing solicitor is not required in every trial. And, although that is easy to say from the sidelines, if you were facing a potential 5 years in gaol you might at least hope for the same resources as the Prosecutor. Not even a full time instructor will afford you that position, considering the Prosecutor has their instructing solicitor and at least one Police Officer assisting them for the whole of a trial.
So, shouldn’t Barristers ably deal with these issues by themselves?

“The legal team for the applicant will need to:
(a) prepare and present legal argument;
(b) assist the applicant in jury selection;
(c) discuss with the applicant, on a daily basis, the progress of the trial;
(d) field queries from the applicant’s family;
(e) take instructions from the applicant about the evidence of contentious witnesses;
(f) prepare cross-examination of those witnesses;
(g) consider the expert evidence called by the prosecution and its circumstantial implications. It may also need to seek advice from other experts in the relevant areas as part of the preparation for the cross-examination of experts;
(h) have a thorough knowledge of each witness statement and of the evidence of the 30 witnesses cross-examined at the committal (the transcript of which runs to 754 pages);
(i) conduct cross-examination where necessary of the prosecution witnesses.
The team will need ready access to material required for that cross-examination, and should the witness give evidence inconsistent with a previous statement, or another witness’ evidence, be able to locate and confront the witness with that inconsistency. I am told and accept that counsel’s brief occupies about 14½ lever arch folders, including 4½ volumes of depositions, 2 volumes of DNA notes and 2½ volumes of firearm notes. I have annexed to these reasons a document prepared by counsel that sets out comprehensively the ambit of this material;
(j) make important strategic decisions such as whether to challenge a particular piece of evidence and whether evidence ought be called on the applicant’s behalf. I regard this latter question as potentially a vexed one in this trial;
(k) confer with potential defence witnesses and deal with the logistics of getting them to court at an appropriate time;
(l) confer with prosecution witnesses where appropriate;
(m) deal with unexpected events that can and do occur regularly in criminal trials. The team will also need to seek instructions from the applicant concerning those events;
(n) if necessary, issue file and serve subpoenas during the running of the trial;
(o) listen attentively to what will certainly be a lengthy and quite complex charge and prepare and articulate exceptions where necessary; and
(p) deal with the consequences of the verdict.
I regard the proposal that the applicant be represented by a one-person legal team throughout this trial as constituting a significant disadvantage. “

Subsequently, after that almost-complete alphabet of logic and rationale, VLA funded a second counsel (but not an instructing solicitor).

Should we now assume that if you wear a wig; good, if you don’t wear a wig; bad? To drag in another barrister who has no knowledge of the file, witnesses and client seemed absurd from afar.

Our practice has initiated an interesting training exercise with young lawyers. If they commence their tenure as a lawyer at our firm, we first employ them as an admin assistant for at least two months. Their duties include opening files, sending fees agreements and lodging applications for legal aid.  In discussions with those who are undertaking this at present it was unanimously agreed they had never appreciated how much the support staff do, the importance of their roles and that they were run off their feet.

It is my suggestion that those who suppose instructors do not add to the fairness of jury trials (especially where the person has a strong defence but will go to gaol if they lose) should do a bit of instructing themselves. Then at the end, like the Australian cricket team, fill out a form about how they could do it better.
Hopefully they will gain an appreciation of the pivotal role instructing solicitors play in a trial and how complex a job it can be.