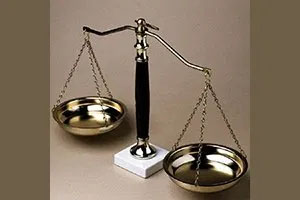 Sentencing decisions in Victoria will now be impacted by a ‘standard sentencing scheme’ which constrains judicial discretion when imposing sentences for certain offences such as rape and sexual assault.

The Sentencing Amendment (Sentencing Standards) Act 2017 (Vic) took effect on 1 February 2018 and applies to the sentencing of offences alleged to have been committed on or after that date.

How Does it Work?

A standard sentence for an offence is the sentence that falls in the middle of the range of seriousness for that offence, taking into account only ‘objective factors’ (such as the nature of offending) and excluding subjective features of a particular offender (such as age, mental health etc).

Standard sentences, prescribed under various offences in the Crimes Act 1958 (Vic), must now be taken into account by judges during sentencing and will provide a ‘guidepost’ for the determination of the seriousness of an offence.

The standard sentencing scheme doesn’t mandate a particular sentence be imposed, but requires a judge to take into account this guidepost during sentencing.

It also requires judges to explain the extent to which any sentence imposed differs from the standard sentence and to provide reasons why it differs by referencing other sentencing considerations.

How Will This Apply to Sexual Offences?

A number of sexual offences now have standard sentences attached to them which must be taken into account when sentencing.

The Table below outlines the relevant offences, the maximum sentence for that offence and their standard sentence:

What Are the Issues with Standard Sentences?

Whilst the application of a standard sentence is not mandatory, the proposal is still controversial.

The ‘instinctive synthesis’ process involved in sentencing offenders is preconditioned on judges having a wide degree of discretion to take into account the particulars of a case before them. The standard sentence scheme is attempting to constrain this discretion by requiring judges to consider standard sentences amongst other considerations.

Moreover, there are ongoing concerns regarding legislative interferences in the judiciary and the extent to which these interventions violate Australia’s doctrine of separation of powers, requiring the judiciary to remain independent from parliament.

If you have been charged with an offence impacted by the standard sentencing scheme, Doogue + George Lawyers can assist in providing guidance on whether you may be able to defend the charge as well as the likely sentence should you plead guilty.