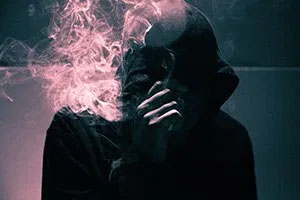 Late last month the Victorian Inquiry into Drug Law Reform released its report on a various drug-related issues in Victoria. Amongst the recommendations in the report were suggestions to improve responses to drug-related offending, including:

These recommendations are a significant improvement on the current approach to drug-related offending in Victoria, which fails to treat problematic drug use as primarily a health issue.

Current attempts to manage drug-related offending in Victoria are limited in eligibility and scope.

The Cannabis Cautioning Program and the Illicit Drug Diversion Program are designed to allow the police to treat possession and use offending as a health problem, by cautioning offenders or referring them to drug treatment services.

However, both programs rely on the good will of police to proceed. Because of this the Drug Inquiry report recommended codifying police decisions in this area, so that more offenders can access these programs.

If a charge is proceeding, an offender may be eligible for drug support programs available through the Magistrates Court including the Court Integrated Services Program (CISP) or CREDIT/Bail Support Program.

Completion of these programs will usually result in more favourable outcomes for the Accused during bail applications or sentencing hearings as they are designed to successfully treat the underlying causes of offending.

Such programs have proven very effective at reducing reoffending but are geographically constrained to being provided from a limited number of Magistrates Courts. As such the Report has recommended the expansion of these programs.

The Drug Court of Victoria is a specialist court division within the Dandenong Magistrates Court and Melbourne Magistrates Court which provides targeted sentencing and supervision of offenders who are drug dependent or committed an offence whilst under the influence of drugs or alcohol.

The Drug Court is unique for its ability to administer drug treatment orders (DTOs), which provide therapeutically oriented sentencing options to support the treatment needs of offenders.

Overall, the recommendations provided in the Inquiry Report are a welcome change in approach to drug-related offending and should be wholly adopted by parliament.

Problematic patterns of drug use are a health problem, not something suitable to criminal punishment.

If you have been charged with an offence and believe your substance use has played a role in offending, we can assist you in accessing suitable programs to ensure the best result for your case.